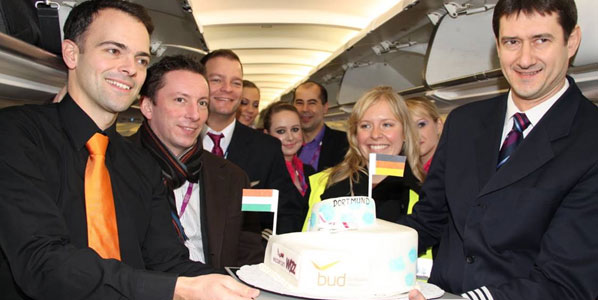 The biggest contributor to Dortmund being Germany’s fastest-growing airport is Wizz Air, which has launched four routes so far this year. In addition to the well-timed Budapest route, which launched just before Malév suspended operations, Wizz Air has also connected Dortmund with Lviv, Targu Mures and Vilnius.

Figures from ADV show that German airport traffic (including transit passengers) rose by 2.0% in the first six months to almost 95 million passengers. Domestic traffic fell 1.6% to 23.4 million, European traffic grew by 2.2% to 54.1 million, while non-European traffic increased by 6.8% to 16.9 million. Among Germany’s top 10 airports, the biggest winner was the still open Berlin Tegel which saw passenger numbers surge by 6.5% to 8.45 million, while at the other end of the scale Nuremberg Airport saw passenger numbers decline by just over 10% as main carrier airberlin cut capacity and routes. 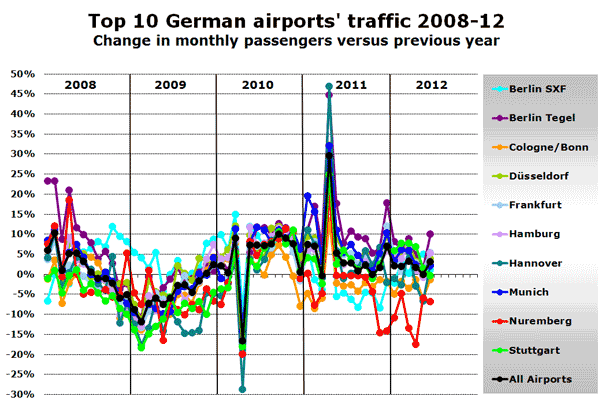 With growth of 9.8%, Dortmund was the fastest-growing German airport in the first half of 2012. Thanks to new Wizz Air services to Budapest, Lviv, Targu Mures and Vilnius, and the fact that airberlin has added new flights to Antalya, the airport that was once an easyJet base is again showing healthy signs of growth. Capacity to Palma de Mallorca has also been increased compared with last summer.