Route of the Week:
Virgin Australia’s Brisbane to Mount Isa CAKe of the Week:
Southwest’s Chicago Midway to Akron/Canton 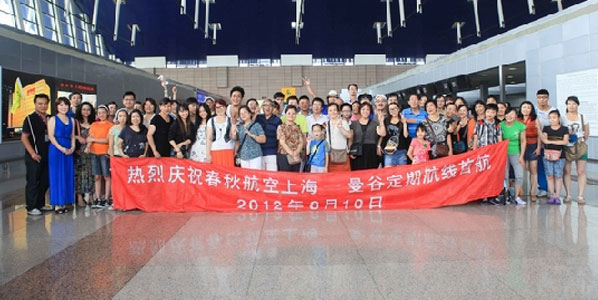 Spring Airlines is the first low-cost operator between Shanghai Pudong and Thailand’s capital Bangkok. Passengers and staff were delighted to celebrate the new route in the Chinese airport’s terminal. Silver Airways’ Saab 340, operating on behalf of United, was welcomed to Jacksonville after the first flight from Tampa. The intra-Florida route replaces Southwest’s operations.