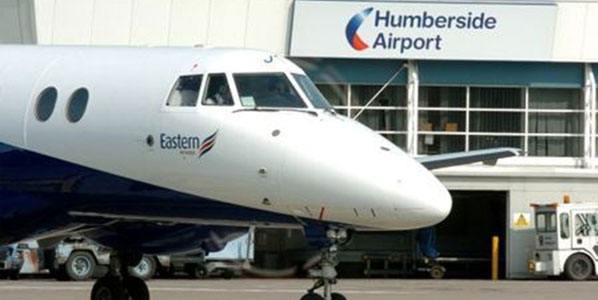 Eastern Group, owner of Eastern Airways, has bought Humberside Airport (275,000 pax) from Manchester Airport Group. Although its HQ is at Humberside, Eastern Airways only operates one route from the airport (Aberdeen) so, presumably, convincing the airline he chairs to start more routes will be central to the “potential for growth” claimed by Eastern Group’s Chairman Bryan Huxford.

Eastern Group, the parent company of Eastern Airways, recently confirmed that it had bought the almost 83% shareholding that Manchester Airports Group had in Humberside Airport. Eastern Airways has its corporate headquarters at the airport, although the only route it operates from the there is its four-times daily service to Aberdeen. Between 2004 and 2010, the airline consistently flew between 400,000 and 500,000 people. Since 2006, the number of scheduled passengers has been declining, compensated for by a growing executive charter business, that represented over one-third of all passengers in 2010. The airline’s fleet currently comprises 15 turboprop Jetstream 41s and eight Saab 200s, and two ERJ 135 and two ERJ 145 regional jets. 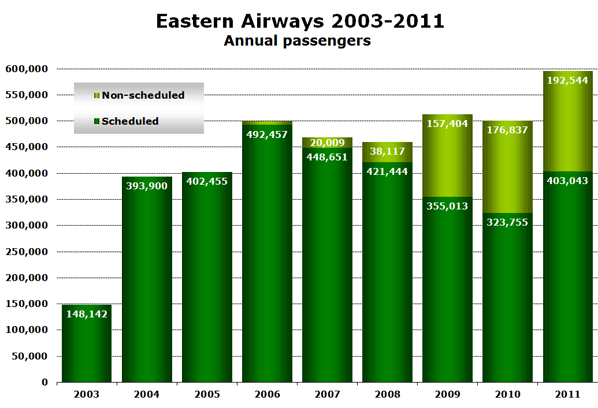 However, scheduled passenger numbers grew by 25% in 2011 while charter passengers rose by 9% taking the airline close to 600,000 passengers for the whole year. Part of this growth can be attributed to the airline’s decision to base aircraft at Dijon Airport in France from September 2010 and operate domestic flights to Bordeaux, Nantes and Toulouse.

Eastern Airways is the leading airline at Aberdeen Airport in Scotland in terms of both weekly flights and destinations served. Including the French network, Eastern Airways currently serves 20 destinations with its scheduled operations; 14 in the UK, four in France, plus Brussels (Belgium) and Stavanger (Norway). Since last year, the airline has terminated services to Liverpool (from Aberdeen and Southampton) and Bergen in Norway (from Aberdeen and Newcastle). 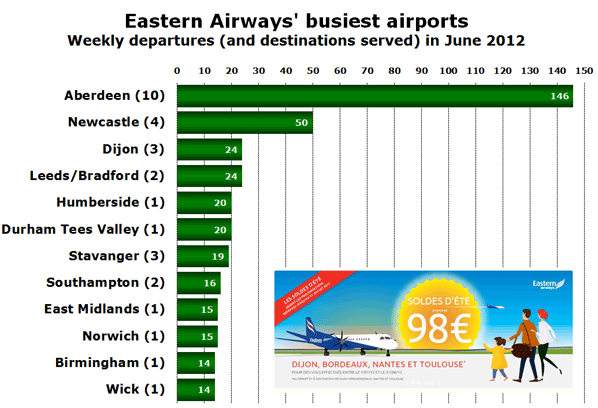 On 16 April this year, Eastern Airways introduced (almost) daily service between Southampton and Brussels, after Flybe had withdrawn from the route at the end of February. A Glasgow to Stavanger service was launched in September 2011.

In September 2010, Eastern Airways bought fellow UK regional airline Air Southwest, which was based in Plymouth. However, a year later the airline was closed down and the only route that was taken up by Eastern Airways was a twice-daily service between Bristol and Leeds/Bradford.