Cutting the ribbon in San Francisco for Virgin America’s new route to Washington National Airport were none other than presidential impersonators Jim Gossett as “Mitt” and Reggie Brown as “Barack”. They were joined by Virgin America’s President and CEO David Cush and California State Senator Leland Yee in celebrating the launch of the VX1.

Cake of the Week: United’s San Francisco to Raleigh-Durham 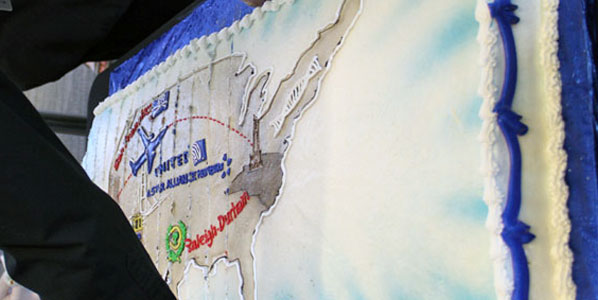 We have a cake! San Francisco International Airport have sent us this picture of the giant cake baked to see off the first flight to Raleigh-Durham. It looks yummy! Enthusiastic RDU employees welcomed United from San Francisco with breakfast pastries and coffee, which is the closest we get to a cake this week. Governor Bev Perdue then spoke to the gathered crowd, celebrating that the important route for the first time is served non-stop. 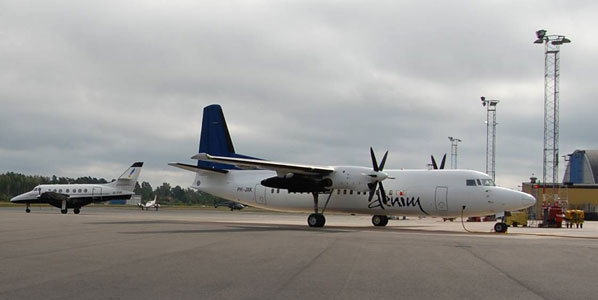 Initially, Höga Kusten Flyg’s flights between Stockholm Arlanda and Jönköping in south-central Sweden will be operated with Denim Air’s Fokker 50s, but these are planned to be replaced with Saab 2000 aircraft. Behind the new arrival in Jönköping is one of the competitor Flyglinjen’s two Jetstream 31s. 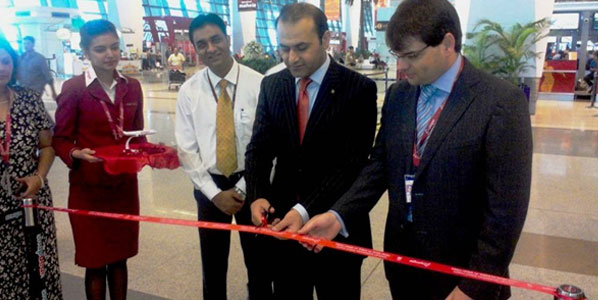 At Delhi Airport’s T3, the ribbon for SpiceJet’s new service to Kabul was cut by Shaida Mohammad Abdali, Afghan Ambassador to India, and Neil Mills, CEO SpiceJet. Although four other airlines operate between the two capitals, SpiceJet becomes the first low-cost airline on the route. 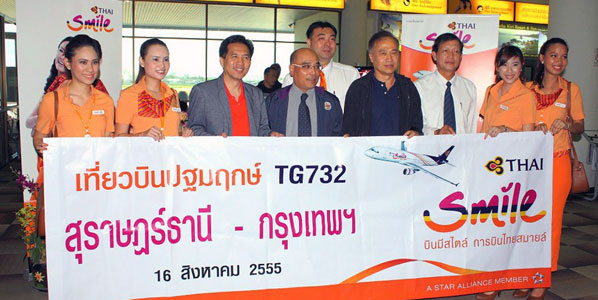 The launch of Thai Smile's latest route from Bangkok to Surat Thani was duly celebrated by the airline officials together with flight and cabin crew of the inaugural flight.