Liz Kramer, Paraguay’s Minister of Tourism, welcomed passengers arriving in Asunción on BQB’s inaugural flight from Montevideo. The route had been vacant since the demise of another Uruguayan airline, Pluna, in early July this year. 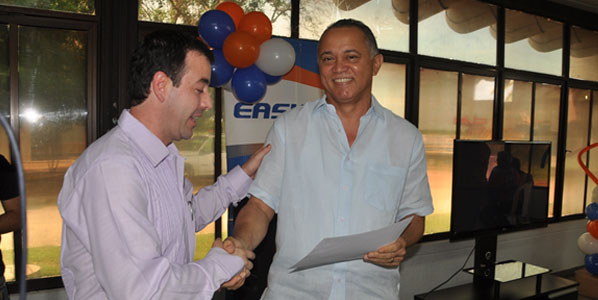 During the launch of Easyfly’s latest route from Barranquilla to Valledupar, Camilo Muñoz, the airline’s Regional Commercial Director, took the occasion to honour Fredys Miguel Socarràs Reales, Mayor of Valledupar, for showing enterprising spirit as he lobbied to attract new services. Passengers arriving on eurolot’s inaugural flight from Gdańsk to Katowice were welcomed with a traditional water cannon salute, while those departing to the northern Polish city were invited to sign a commemorative poster. In the future, eurolot plans to operate the route with its new Q400 aircraft. 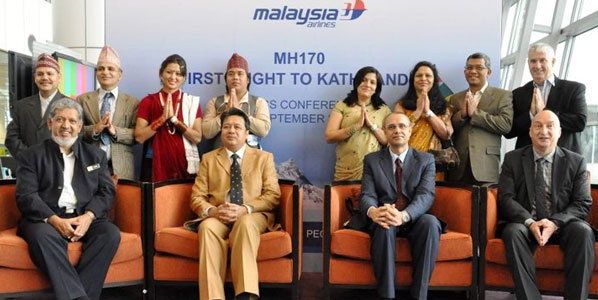 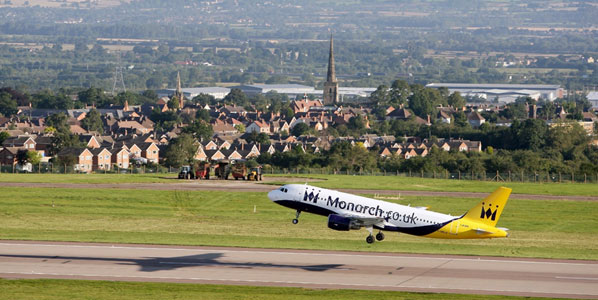 Monarch now takes off from East Midlands Airport to four destinations in southern Europe that previously were served by bmibaby, the low-cost airline that now is being closed down. Oman Air was welcomed to Tehran with a cake, as the airline’s new E-175 aircraft arrived in the Iranian capital. The Omani delegation, which included Oman’s ambassador to Iran and Iran’s ambassador to Oman, was received by a team consisting of Hamid Reza Pahlevani, Iran’s Head of Civil Aviation, and Morteza Dehghan, Director General of Imam Khomeini International Airport. 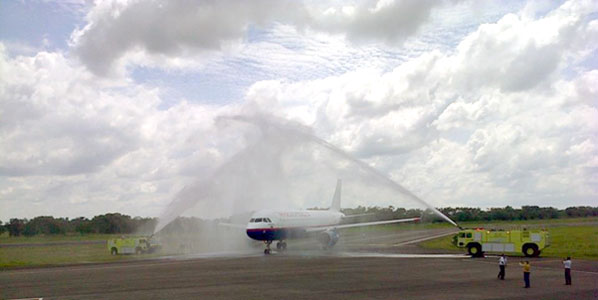 Both of the newly launched VivaColombia routes were initially planned to launch late June/early July, but were then postponed. Last Saturday, the first passengers took off on board the much-awaited VivaColombia service to Montería, which upon arrival was welcomed with a traditional water cannon salute.