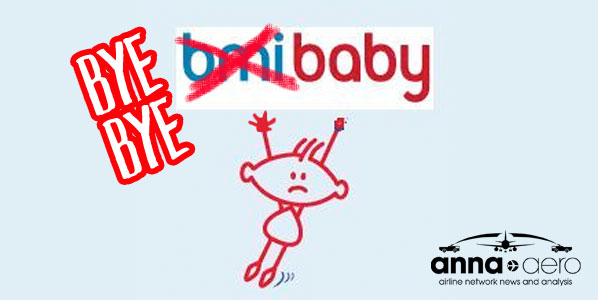 Having found no buyer for the British low-cost airline bmibaby, British Airways has now closed down the bmi subsidiary, but Flybe, Jet2.com, Aer Lingus, Monarch, Ryanair and easyJet are already stepping in to fill some of the void at bmibaby’s three bases.

Last weekend, the British low-cost airline bmibaby operated its last ever flights. The airline, set up by parent company bmi British Midland in the summer of 2002, has operated over 150 routes during its 10 years using a fleet of 737-300s and -500s. Last year the airline handled some 2.2 million passengers, just over half of what it managed during its busiest year in 2007.

Operated from six bases but only three this summer 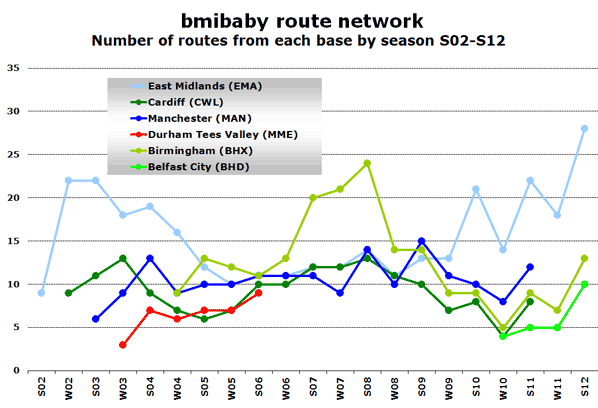 Since bmibaby announced it would close in early September, other carriers, notably Flybe and Jet2.com, have been busy announcing replacement services from East Midlands Airport. Some of these new services will launch this winter (Amsterdam, Jersey and Paris) while others will start next summer. A full list of bmibaby’s East Midlands services and the competitive environment are shown in the following table.

Birmingham only loses Lisbon and Prague

At Birmingham, 11 of bmibaby’s 13 routes were already served by at least one other carrier this summer with Lisbon and Prague the exceptions. Passengers wanting to travel to Amsterdam, Barcelona and Belfast, each of which was served by just one other carrier this summer, will again have a choice of two carriers next summer as Flybe launches Amsterdam service against KLM, Ryanair will compete with Monarch on Barcelona, and easyJet will start flights to Belfast International to provide competition with Flybe’s services to Belfast City. A full list of bmibaby’s Birmingham services and the competitive environment are shown in the following table.

At Belfast City five of bmibaby’s seven international services will be lost, with Aer Lingus switching its seasonal Faro and Malaga flights from Belfast International to Belfast City starting next summer. It is also moving its London Heathrow service across as well starting a new London Gatwick service.