Route of the Week:
US Airways’ Philadelphia to San Antonio Cake of the Week:
Air One’s Venice to Brussels Ramón Oceguera, Mayor of Ramos Arizpe, where Saltillo Airport is located, welcomed the arrival of the new AeroMexcio service from Mexico City during a press conference. Assisted by state and municipal officials and AeroMexico executives, he then went on to cut the celebratory ribbon. 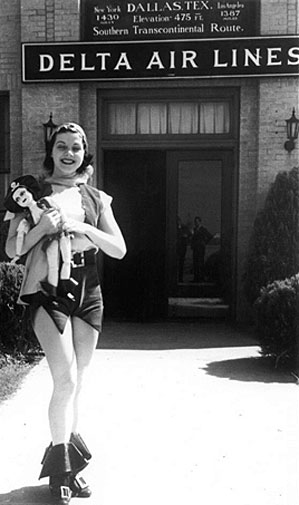 Delta is not new to Love Field: Southwest Airlines has long-dominated Dallas’ “other” airport, but its founder Herb Kelleher was only a small boy when this was taken in 1939. 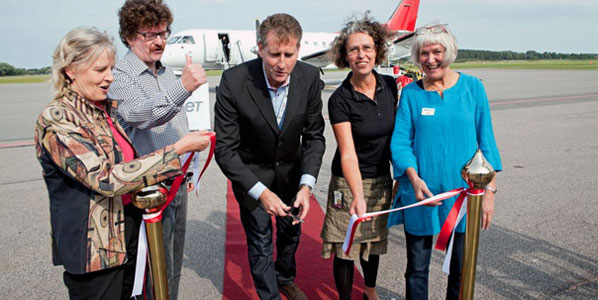 To celebrate the launch of SpiceJet services from Delhi to Jabalput, a ribbon cutting ceremony was performed by Rakesh Singh, Member of Parliament, Jabalpur; Neil Mills, SpiceJet’s CEO; and Sivasubramanian Natrajhen, SpiceJet’s COO. Following the launch of services to Djibouti on the Horn of Africa, Turkish Airlines offers 144 weekly departures to a total of 22 African destinations. The airline now also flies to 87 countries worldwide, which gives it the largest country coverage, a title it previously had to share with Air France. Volotea’s crew were welcomed to Munich Airport with gifts by members of the airport’s marketing team that were dressed in traditional dirndls, while the first flight’s captain cut the ribbon for the new Nantes service together with Alexander Schroll, the airport’s Director Traffic Development. (Photos: Copyright FMG)