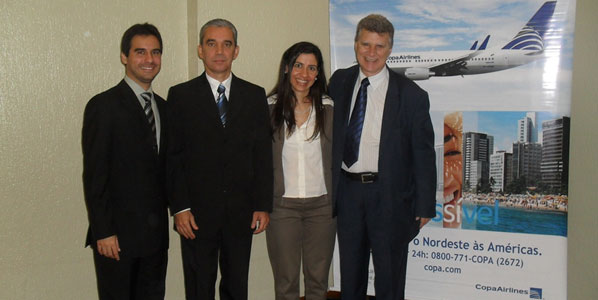 In June, international traffic grew at Brazil’s airports by 10%. One contributor to the growth was Copa Airlines, which connected its Panama City hub with Recife in north-eastern Brazil.

Since our last look at the Brazilian market, which showed that Brazil’s airports had seen a drop in passenger numbers in April for the first time since May 2009, the market has returned to growth with domestic passenger numbers growing by 14% in May, 13% in June and 9% in July. International traffic also grew healthily in May (by 7.5%) and June (by 10%), but fell by 1.1% in July. 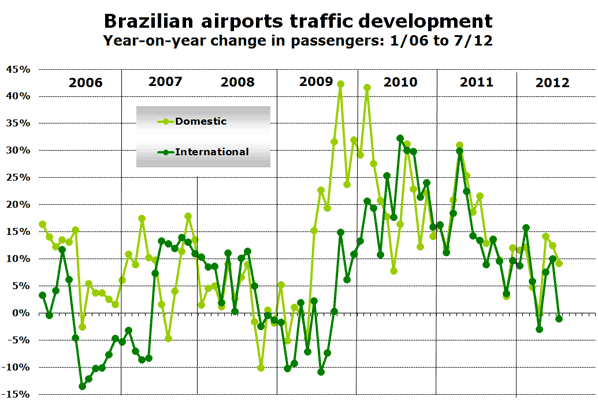 Azul and Trip which announced plans to merge earlier this year have seen their combined share of the domestic market (as measured by RPKs – Revenue Passenger Kilometres) grow from 13.9% in January to a new high of 14.6% in July. 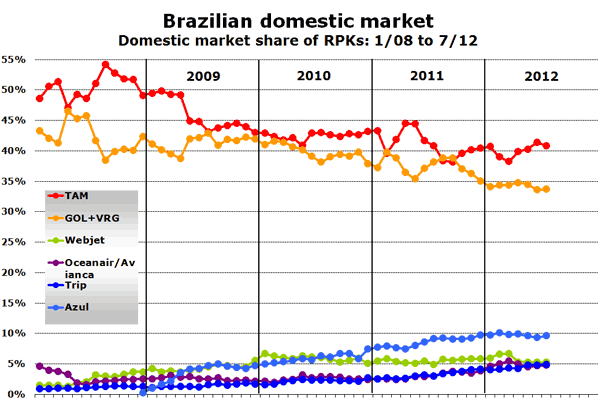 According to ANAC data for the first seven months of 2012, domestic capacity (ASKs) has grown by 7.5% compared with the same period last year. Azul has grown its ASKs by 37%, while Trip has grown by 61%. TAM the leading domestic airline has grown its capacity by just 1.1% while GOL has actually cut its capacity by 1.6%. In July, GOL’s capacity (ASKs) was down 9% compared with July 2011. Load factors in the domestic market have remained almost unchanged in the first seven months of this year at 71.4%, down from 71.5% in the same period last year.