Ryanair’s Deputy CEO Michael Cawley then went on to Lublin in south-eastern Poland to announce thrice-weekly services from London Stansted and twice-weekly from Dublin, which are due to commence on 17 December. Lublin Airport is scheduled to open for business on 20 November as Poland’s second new airport launched this year (after Warsaw Modlin, which opened in July). Just like the new Warsaw airport, Lublin will see Ryanair compete against Wizz Air, which already announced services to London Luton and Oslo Torp. 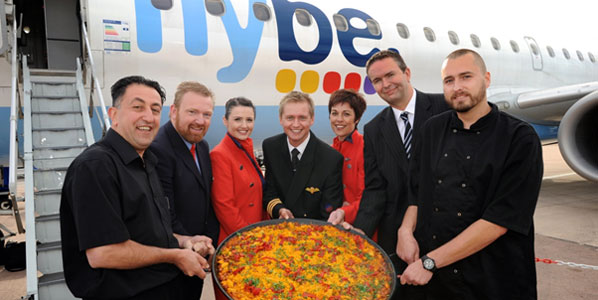 As if it wasn’t enough of Ryanair celebrations in Poland, the airline welcomed its four-millionth passenger in Wrocław. The lucky Ewelina Małek, who was travelling to Malmö with her daughter, received a voucher for flights and posed for commemorative picture with Tomasz Żegliński, Ryanair’s Sales and Marketing Manager, and Dariusz Kus, Wroclaw Airport’s CEO. 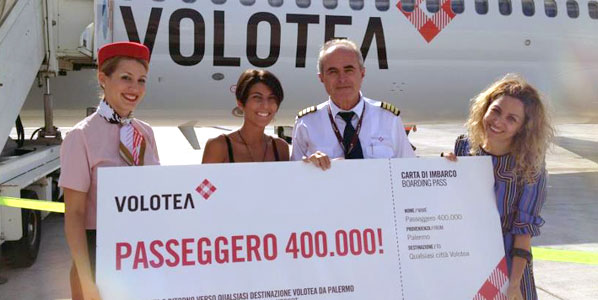 Volotea celebrated its 400,000th passenger in Sicily's capital Palermo last Wednesday. The lucky passenger, Mariacristina Cartillone who was travelling to Bordeaux, was awarded a ticket for two passengers for any of Volotea's routes.