Chinese air traffic up almost 9% in 2012 so far; AirAsia, Dragonair and Scoot all starting new routes this winter 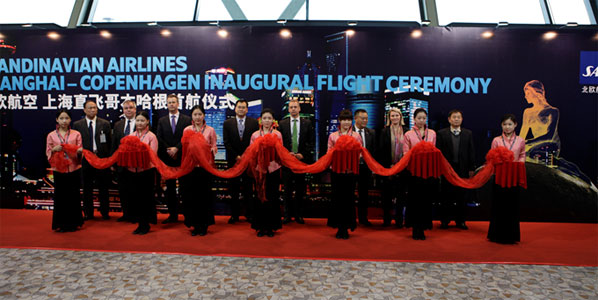 An anna.aero Route of the Week from March 2012: SAS finds demand irresistible and returns to Copenhagen-Shanghai services after a five year gap. Apart Beijing and Shanghai, there are also several new routes from Europe to Chongqing, Guangzhou, Qingdao, Shenyang and Wuhan.

Latest data from the Civil Aviation Administration of China (CAAC) reveals that in the first seven months of 2012, passenger numbers on Chinese airlines have grown by 8.8% compared with the same period in 2011. Domestic traffic is up 8.5% while international traffic has grown by 13.2%. 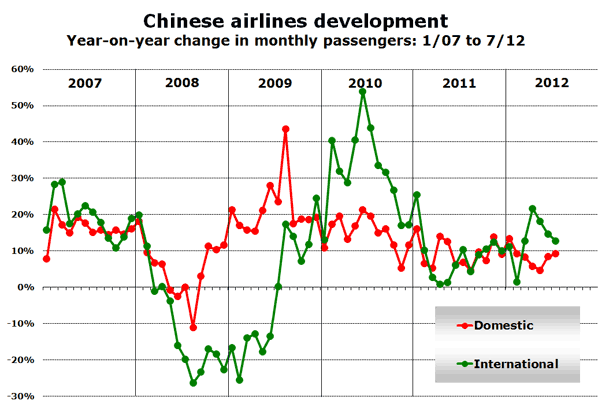 Despite the current on-going issues between the EU and China regarding the decision to include aviation in the Emissions Trading Scheme (ETS), several airlines have already launched new routes between Europe and China this year.

Apart from the two main international cities of Beijing and Shanghai there are also new, mostly non-stop, flights to and from Europe from Chongqing, Guangzhou, Qingdao, Shenyang and Wuhan.