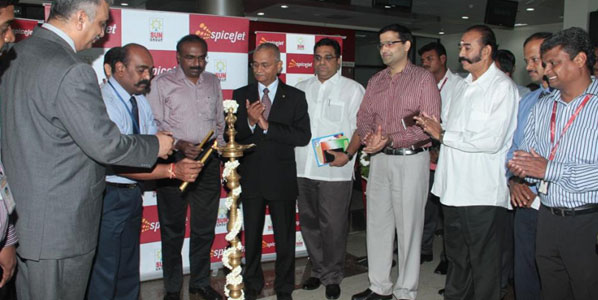 SpiceJet’s latest new route is the airline’s sixth international service, from Madurai in Southern India to Sri Lanka’s capital Colombo. In the domestic market, the airline’s Q400 operations are raising the airline’s market share from 13% to 18% and the airline has turned from losses to profit.

Last year, SpiceJet, the Indian low-cost carrier that launched in May 2005, carried almost nine million passengers, up over 30% on its 2010 figure. In the first six months of this year, the airline has transported over 5.3 million people (an increase again of almost 30%), and for the first time ever carried more than one million passengers in a single month (in May). Although the airline lost money in the financial year ended 31 March 2012, in the second quarter of 2012, the carrier reported a solid profit. In both periods, fuel accounted for 48% of the airline’s total costs. 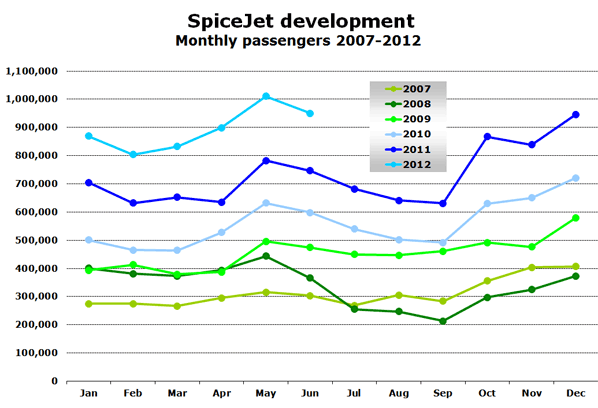 According to OAG data for early September, SpiceJet operates non-stop flights on 97 airport-pairs, spread across 36 airports in India and four foreign airports (Colombo, Dubai, Kabul and Kathmandu). Since anna.aero’s last analysis of SpiceJet, the airline has grown at significantly different rates across its main airports. While Delhi remains the airport’s busiest base, Chennai and Hyderabad both now offer more weekly SpiceJet departures than Mumbai. 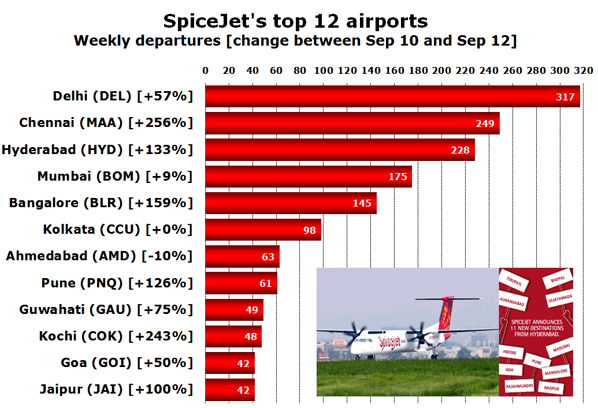 In just two years, the airline’s network has grown from 42 to almost 100 routes. Only five of these routes are international (Delhi to Kabul, Kathmandu and Dubai; Chennai to Colombo; and Mumbai to Dubai), but last week saw the launch of a sixth international route from Madurai in Southern India to Colombo. This week also sees the launch of two additional routes from Bangalore to Coimbatore and Hubli, the latter a new destination for SpiceJet. Both of these routes will be operated by the airline’s Q400s.

Four routes are served with at least four daily flights; Delhi to Bangalore, Chennai and Mumbai, and Chennai to Hyderabad. Across the airline’s entire network, the average weekly frequency is 10.5, with no route served with less than three weekly flights.