India’s low-cost airlines are expanding at the expense of the country’s struggling network carriers. Growing SpiceJet now ranks #3 in the Indian domestic market and may soon take the second-spot from Jet Airways.

The most recent monthly airport statistics report published by the Airports Authority of India (AAI) shows that passenger numbers fell 6.3% in July 2012 compared with July 2011. Domestic traffic fell by 7.9% to 9.10 million passengers, the second month in a row that domestic traffic has fallen. However, international traffic also fell by 1.5% to 3.32 million passengers, the first year-on-year decline in demand since March 2009. 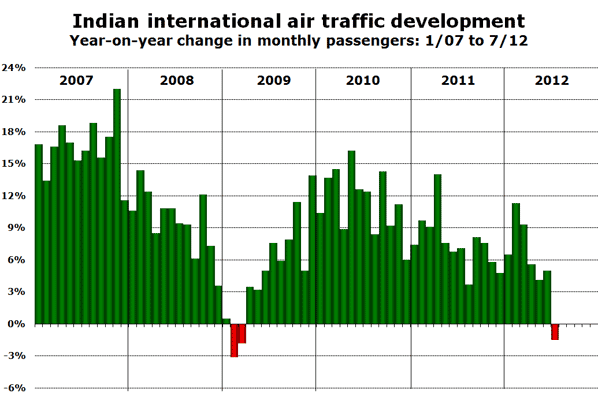 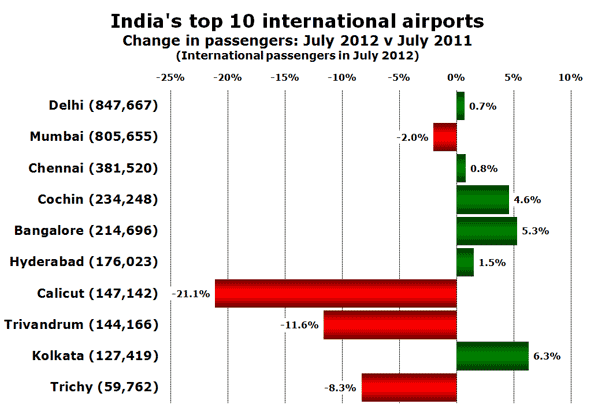 Latest data from the Indian DGCA (Directorate General of Civil Aviation) for August reveals that Kingfisher Airlines has seen its share of the Indian domestic air travel market fall to just 3.2%, making it only half as big as India’s next smallest domestic airlines, GoAir and JetLite, which have between 6.5% and 7.5% of the market. 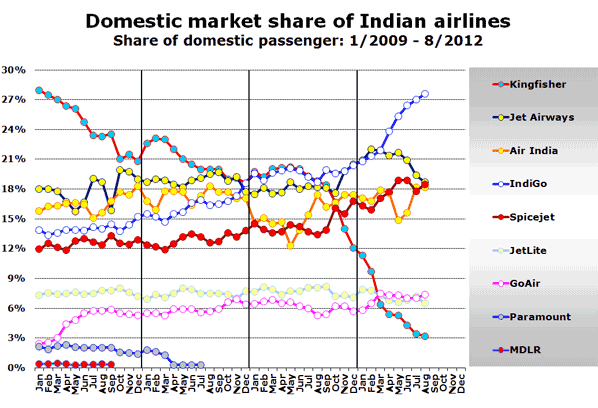 A worrying trend for Indian carriers is that in August demand, as measured by RPKs (Revenue Passenger Kilometres), declined by 4.8%, while capacity, as measured by ASKs (Available Seat Kilometres) continued to grow marginally, by 0.1%. In the last 12 months capacity growth has outstripped demand growth on 11 occasions, with April 2012 the notable exception.