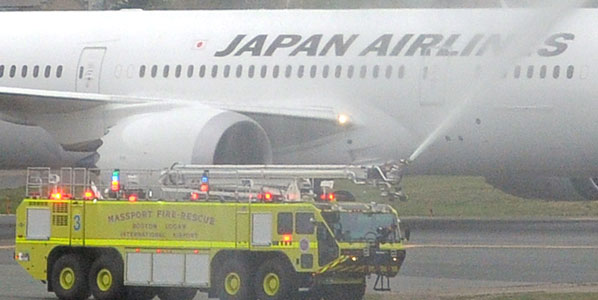 April 2012: That traditional welcome for the JAL 787 from Tokyo was also a world premiere of just what kind of new service is possible with the appropriately-named “Dreamliner.” Boston is also particularly well served by European carriers.

Last year, Boston Logan airport handled a record 28.9 million passengers, making it the 19th busiest airport in the US. It was also the third fastest-growing US airport in the top 20 with passenger throughput up 5.4%, significantly above the national average. JetBlue is the leading airline at the airport with Delta an increasingly distant second in terms of weekly seat capacity. 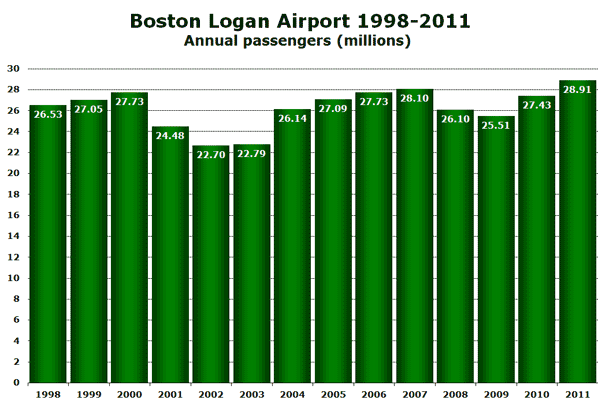 While total passenger numbers rose by 5.4% last year, domestic traffic grew by 4.8% to 24.8 million, while international traffic rose by 7.6% to almost four million. Canadian routes saw demand jump by 10.7%, but traffic to the Caribbean, Bermuda and the Bahamas fell by 8.1%.

JetBlue has extended its lead over its nearest rivals (Delta, US Airways) at Boston during the last 12 months, thanks to the launch of a new route to Dallas/Fort Worth and increasing frequency on its Washington National service by an additional three daily flights. Fort Myers, Las Vegas and Los Angeles have also seen the addition of a further daily flight. 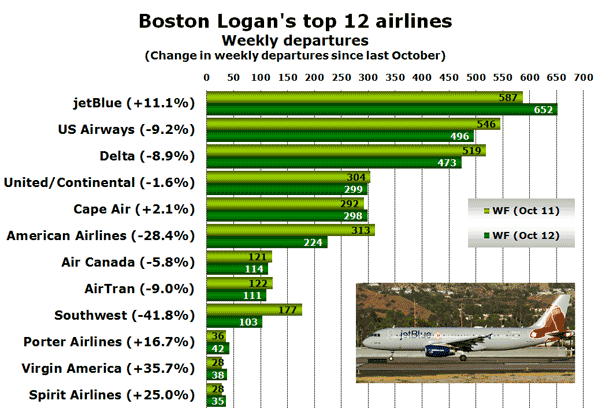 American Airlines has cut its flights by almost 30% with routes to New York LaGuardia and Toronto both being axed last November and New York JFK service being reduced by two daily flights. Southwest has also cut flights and routes. Earlier this year it terminated its six to seven times daily flights to Philadelphia, leaving US Airways as the sole service provider on the route, while in mid-August daily flights to Phoenix ended, leaving US Airways and jetBlue as the two remaining airlines on the route.

Since the start of 2012, Boston has gained several new services the highest-profile of which was undoubtedly the launch back in April of non-stop flights to Tokyo operated by Japan Airlines using its recently introduced 787s. The Dallas/Fort Worth route has suddenly become extremely competitive as both JetBlue and Spirit Airlines introduced service on the route this summer, which had previously been an American Airlines monopoly.

New services already announced at the airport include jetBlue to Grand Cayman (from 15 November) and Charleston (from 28 February 2013), and Spirit Airlines to Fort Myers (from 8 November).

Boston’s historical links mean that the airport is particularly well served by European carriers, and flights to Europe. London Heathrow is served by American Airlines, British Airways, Delta (since March 2011) and Virgin Atlantic, while Dublin (and Shannon) are served by Aer Lingus. The national carriers of France, Germany, Iceland, Italy, Spain and Switzerland all serve their home hubs, while Amsterdam is served by Delta and three destinations in Portugal are served by SATA International.