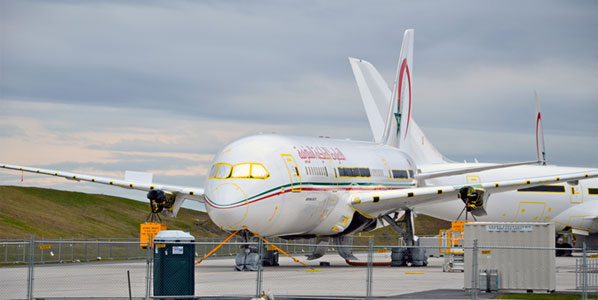 Parked for up to three years?! RAM’s first two 787s rolled off the production line at least a year ago, but delivery is not due until the end of 2014 when they are expected to take over daily Casablanca-New York services, currently served by 767-300ERs.

It works!!! Since Morocco adopted an ‘open-skies’ policy with the European Union in 2006, inbound tourism has boomed with the arrival of foreign LCCs such as easyJet and Ryanair, and Air Arabia’s decision to set up a subsidiary in the country in 2009. The developments have also stimulated the national carrier, Royal Air Maroc (RAM), which for a while responded with its own in-house LCC, Atlas Blue, which operated primarily out of Marrakech. Now comprising a fleet of around 50 aircraft (it recently became the launch customer for the ATR 72-600), Royal Air Maroc has virtually doubled annual passenger numbers between 2002 and 2011 and continues to be the biggest carrier in the Moroccan market. 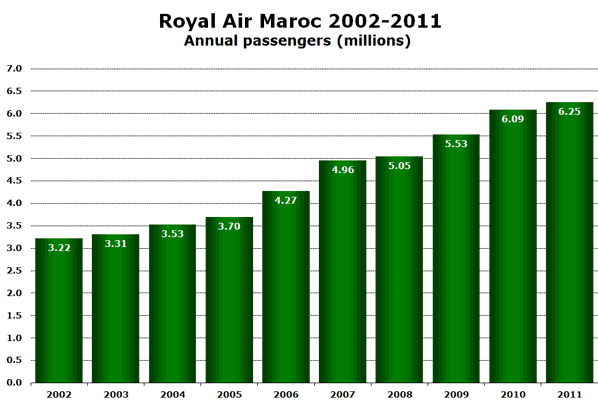 Analysis of scheduled international services from Moroccan airports reveals that RAM is the dominant carrier at the country’s busiest airport in Casablanca, with 62% of international flights spread across over 50 destinations in Africa, Europe, the Middle East and North America (it serves New York and Montreal). However, at Marrakech it only operates one in every five international flights and is beaten by Ryanair. 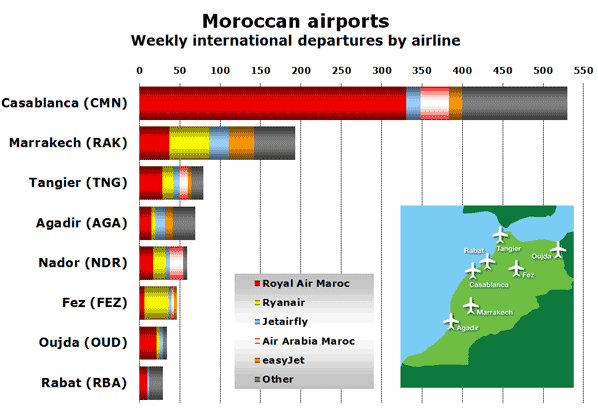 Overall, RAM operates over 80 international routes which account for just under 45% of all international flights from Moroccan airports, well ahead of its nearest rivals Ryanair (which has recently announced plans to cut Moroccan services), Jetairfly (which has now absorbed local carrier jet4you), Air Arabia Maroc, and easyJet.

In the domestic market RAM remains completely dominant operating 11 routes. The airline operates at least daily flights from Casablanca to Agadir, Fez, Marrakech, Oujda and Tangier, using a mixture of its ATR 72s and 737-800s.

RAM recently announced plans to return to several European airports next summer. Copenhagen, London Gatwick and Stockholm services will all resume at the end of March 2013 with three weekly flights from Casablanca. The airline has also announced an interline agreement with US carrier jetBlue that will create additional flight options for travel between the Americas and Africa. RAM operates daily flights from Casablanca to New York JFK using 767-300ERs. This route is likely to be the first served by the airline’s 787s when they are eventually delivered. Two 787s in RAM colours have already left the production line, but it is not clear when they will actually join the airline’s fleet.