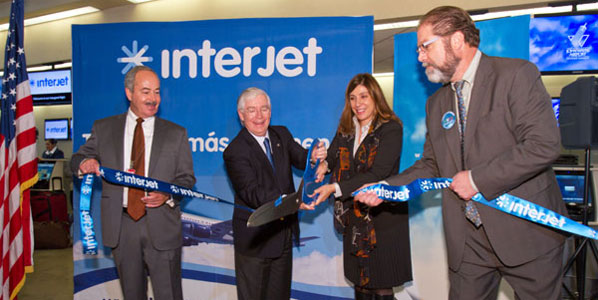 California’s Orange County is Interjet’s first US West Coast destination, as the Mexican low-cost airline expands internationally. The airline, which ranks second in the Mexican domestic market, now operates nine international routes, all of which have been launched since July last year.

Privately-owned Mexican LCC Interjet last year carried 6.3 million passengers, making it the second-biggest airline in the booming Mexican domestic market. This gave it a 25% share of the market, beaten only by Aeromexico / Aeromexico Connect, which has a combined 40%. The airline currently operates a fleet of 35 150-seat A320s of which 14 were delivered new from Airbus. A further six aircraft of the type have yet to be delivered. 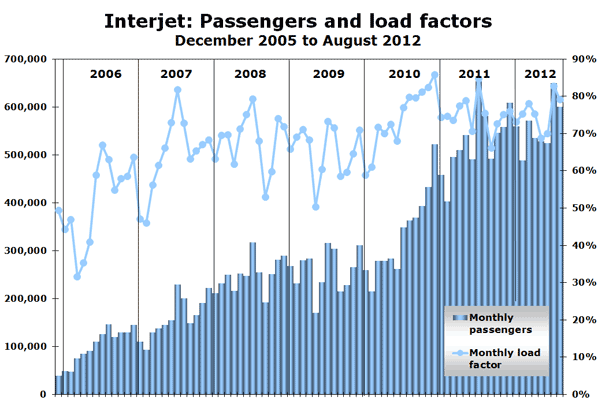 Source: Ministry of Communications and Transportation

Domestic passenger numbers are up 8% in the first eight months of this year, which is slightly below the total market growth of around 12%. As a result, Interjet’s share has fallen slightly to around 23% of the Mexican domestic market. According to anna.aero’s calculation, the airline has recently carried its 25-millionth passenger.

Top 10 routes are all from Mexico City

When the airline launched in December 2005, all of its routes were from Toluca, a secondary airport serving Mexico City. Services from Mexico City’s main airport began in August 2008 and the collapse of Mexicana in August 2010 helped create further opportunities for the airline’s expansion at that airport. As a result, the airline’s top 10 routes (in terms of weekly departures) are now all from Mexico City from where Interjet operates some 550 weekly departures (spread across 30 destinations), compared with just 52 (across seven destinations) at Toluca. 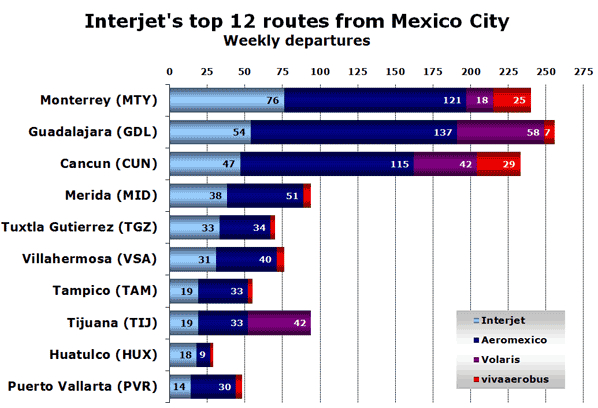 On the airline’s top 10 routes, it faces competition from Aeromexico on all of them, from vivaaerobus on nine of them and from Volaris on four of them.

Having firmly established itself in the domestic market, the low-cost airline is gradually expanding its international network. This week sees the introduction of daily flights from both Mexico City and Guadalajara to Santa Ana, Orange County in California. This follows the launch last December of flights from Mexico City to San Antonio in Texas, followed by Miami (February), San Jose in Costa Rica (June), and New York (August). In July and August, Interjet carried over 50,000 passengers on its domestic services.

The next phase of the airline’s development is likely to be when it starts receiving its first Sukhoi Superjet 100s for which it is the launch customer in the Americas. Interjet has ordered 20 of the type (configured with 93 seats) and is due to take delivery of the first aircraft sometime in early 2013.