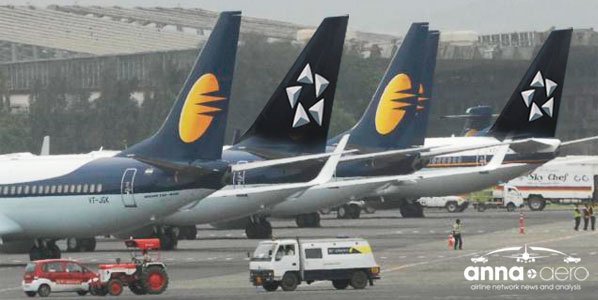 Could recent international route cuts jeopardise Jet Airways’ plans to join Star Alliance? Air India and the Indian government would like to think so.

In its most recent financial year, India’s Jet Airways reported carrying 17.3 million passengers, up 18% on the previous year, which was itself an increase of almost 22% on the year before that. This means that in the last two years, Jet Airways has grown by almost 50%. India’s airlines may not be hugely profitable, but there is no denying that all of them (with the notable exception of Kingfisher) are growing. 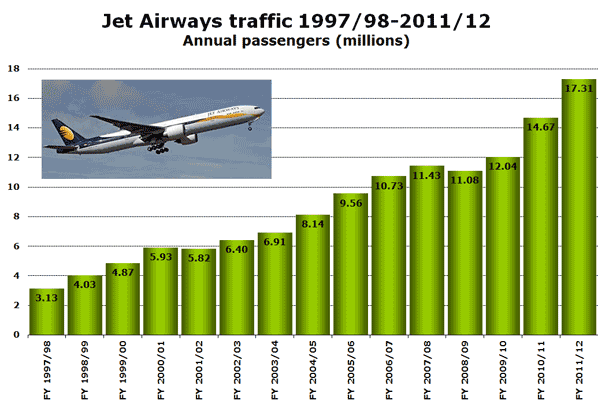 Although the airline only launched international services as recently as 2004, in terms of ASKs (Available Seat Kilometres), these routes now contribute two-thirds of the airline’s total capacity. In the first five months of this year, passenger numbers on both domestic and international flights were well up on last year’s figures, although in June the year-on-year improvement was less pronounced. Then in July, both domestic and international traffic fell to below last year’s level. 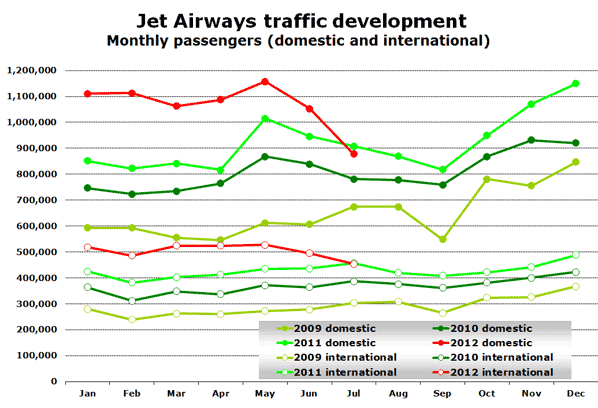 International services to 17 countries including US and Canada

Jet Airways currently operates international services to 17 countries, 15 of them non-stop from India, plus Canada (Toronto) and the US (Newark) which are served via Brussels in Belgium.

In the next few days, new international services from Kochi to Bahrain and Kuwait City, and from Mumbai to Sharjah are scheduled to start. However, a number of international services have been dropped this summer including Chennai-Dubai, Delhi-Colombo, Mumbai-Johannesburg, and Trivandrum-Sharjah, while it has been reported that the Chennai-Brussels service will be terminated from mid-November. Whether these cuts to its international network will impact on plans to join one of the three major global alliances remains to be seen. At present, it seems most likely that Jet Airways will join Star Alliance, but the Indian government would appear to still prefer Air India to join that alliance before Jet Airways.