UK airport traffic up less than 1% in the last 12 months; Aberdeen growing at 10%; London Southend up and running 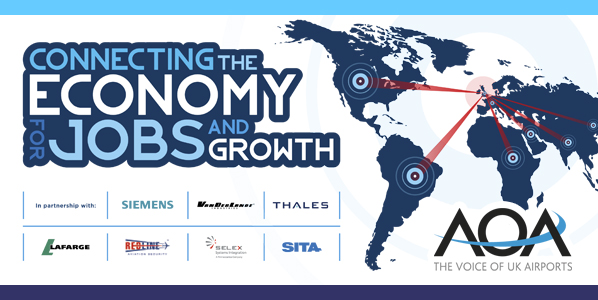 Europe's busiest air travel market has 220 million passengers. You can learn all about it by going along to the UK Airport Operators Association Annual Conference & Exhibition (the expo is run by anna.aero’s owners PPS!!!). Speakers include Keith Williams, Chief Executive British Airways and Tim Clark, President of Emirates. Check it out – wooooow!!!

According to the latest UK CAA data, passenger numbers at UK airports in the last 12 months are up less than 1% compared with the previous 12 months. However, the UK remains Europe’s busiest air travel market with almost 220 million passengers passing through the nation’s airports each year with London Heathrow leading the way handling almost 70 million, or just under 32% of all UK air passenger traffic. However, while overall growth may be minimal, there is considerable variation among the country’s busiest airports. Analysis by anna.aero across the various UK regions reveals that some airports are performing significantly better than others. 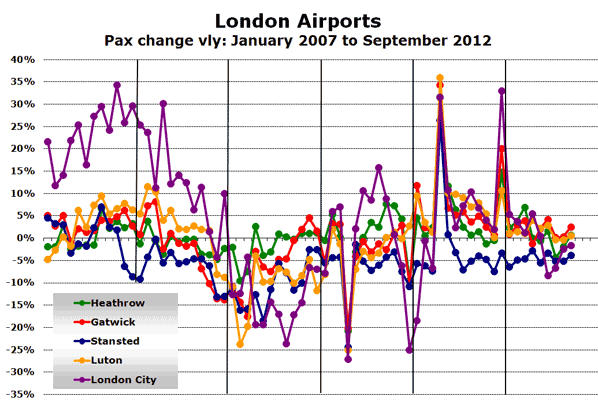 Since the beginning of 2012, London’s Gatwick, Heathrow and Luton airports have all reported mostly positive figures, while London City after seeing year-on-year growth from April 2011 to May 2012 has now had four consecutive months of falling passenger numbers. London Stansted continues to shrink gradually. Since November 2007, it has reported year-on-year growth just twice in 59 months, and that was thanks to the Icelandic ash cloud creating an artificial dip in April and May of 2010. 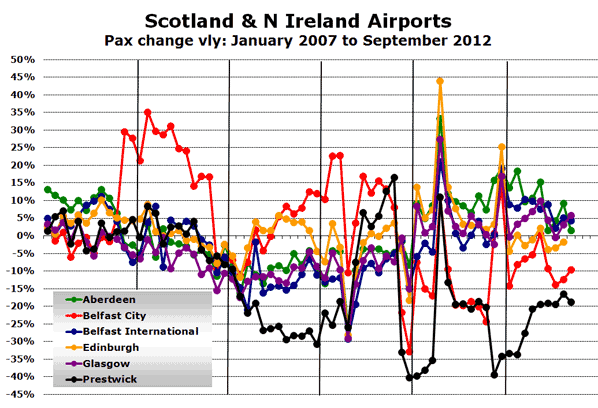 In Scotland and Northern Ireland, there have been clear winners (Aberdeen and Belfast International) and losers (Belfast City and Glasgow Prestwick). Aberdeen’s growth of 9.7% in the last 12 months makes it the fastest-growing of any UK airport handling at least one million annual passengers. 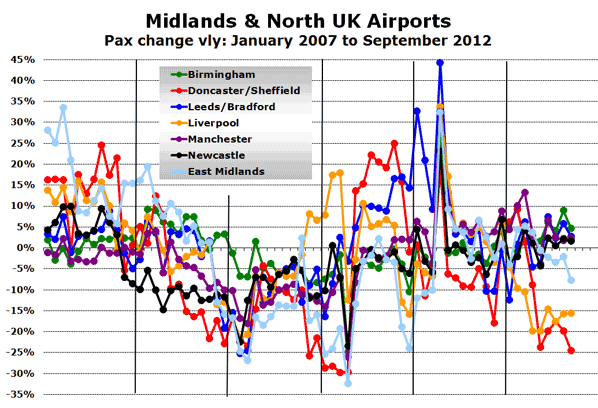 Doncaster/Sheffield and Liverpool airports have performed least well among airports in this region. In September, East Midlands had its worst month in terms of year-on-year performance since March 2011, while Birmingham, Leeds/Bradford, Manchester and Newcastle have reported modest, if unspectacular growth during the peak summer months. 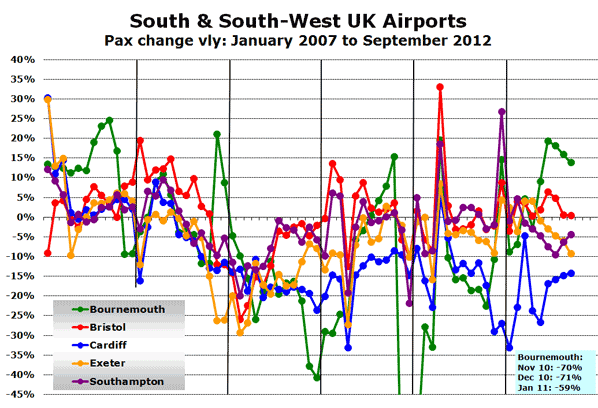 Airports in the south and south-west of the UK continue to struggle. Cardiff rivals London Stansted and Glasgow Prestwick for the longest run of poor results. Since June 2008, it has gone 52 months without reporting a genuine year-on-year improvement in traffic, as April 2011 was the first anniversary of the ash cloud. Although Bournemouth’s recent impressive growth looks good, this is really only recovering from a very poor summer 2011. Bristol is the region’s busiest airport and also managed to report growth in nine of the last 10 months, although in August and September it was less than 1%.

The new passenger terminal at London Southend Airport, which opened earlier this year, has already handled well over 400,000 passengers, primarily thanks to easyJet’s raft of new services. anna.aero estimates that the terminal will handle around 800,000 passengers in its first full year of operation.