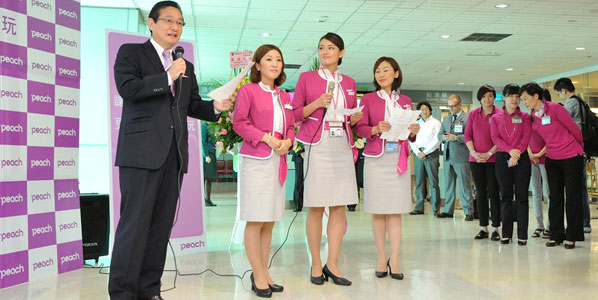 Peach’s CEO Shinichi Inoue celebrated the low-cost airline’s launch of flights to Taipei Taoyuan – the airline’s third international route – together with cabin crew members. In mid-December, frequencies are set to double on the competitive route to twice-daily operations. 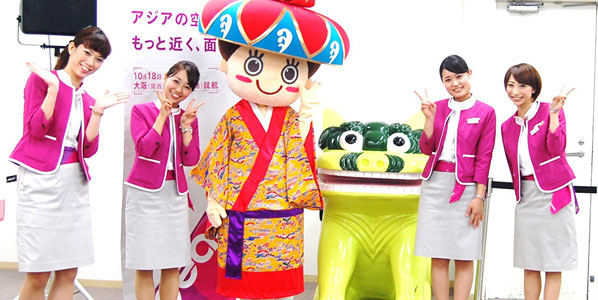 Naha Airport on Okinawa is Peach’s latest domestic destination. Passengers on the inaugural flight MM215 got a special welcome and were treated to Okinawa beer and jasmine tea.