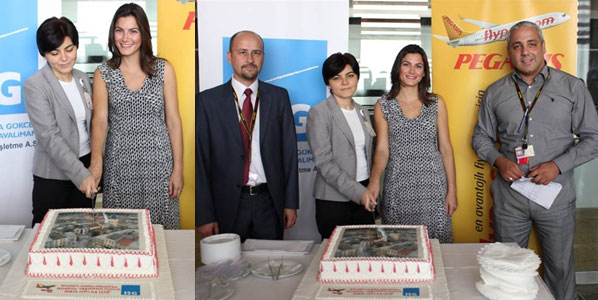 Cutting the celebratory cake during the launch of Pegasus Airlines’ thrice-weekly service from Istanbul Sabiha Gökçen to Lviv in the Ukraine were Asiyat Khasanova, the airport’s Commercial Aviation Manager; and Digdem Cengiz Gürsel, Pegasus Airlines’ Corporate Communications and Sponsorship Manager. Pegasus Airlines’ crew arriving on the inaugural flight from Istanbul Sabiha Gökçen to Lviv was offered bread as part of the traditional welcome prepared by the Ukrainian airport. 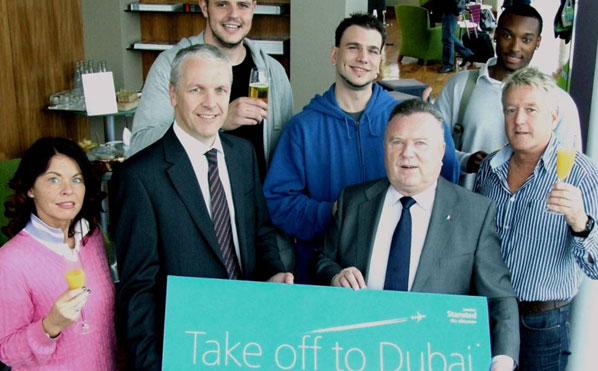 Jonathan Crick, London Stansted Airport’s Commercial Director, and Peter Mantle, Pegasus Airlines’ Head of UK Sales and Operations, jointly celebrated the new transfer possibilities that opened up from London with the launch of the airline’s new service from Istanbul to Dubai.