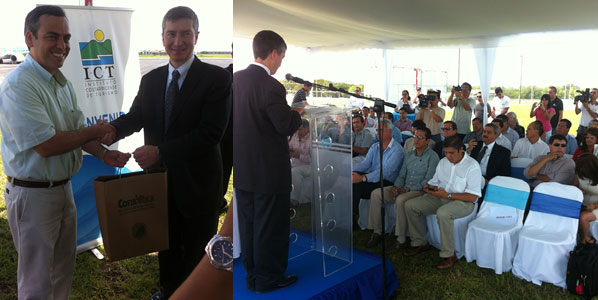 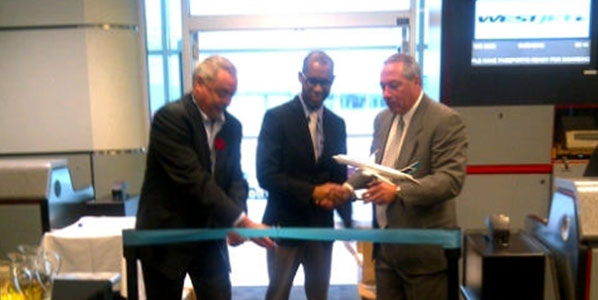 Curacao is WestJet’s latest Caribbean destination and the only of the three routes launched from Toronto Pearson in the last week not to face competition from Air Canada. Cutting the ribbon were Howard Bohan, VP of Aviation Services, GTAA; Andre Rojer of the Curacao Tourism Board; and Robert Palmer, Manager of Public Relations, WestJet.