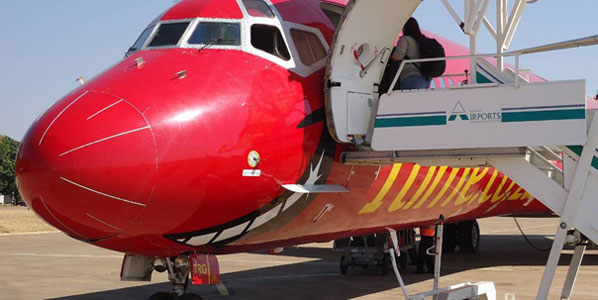 Not smiling anymore: 1time went from being South Africa’s biggest low-cost airline to be the smallest until the operator of fuel-thirsty MD80s finally threw in the towel last week.

Last week, South African low-cost airline 1time suspended operations and filed for bankruptcy, thereby becoming the second low-cost carrier in the country to go under this year after the small and short-lived airline Velvet Sky.

At the time of its demise, 1time operated 11 MD80-type aircraft. When anna.aero analysed the airline three years ago, it ranked as South Africa’s largest LCC, but at the end of its operations, the airline offered overall less seat capacity than its two main rivals Kulula.com, run by British Airways’ franchisee Comair, and Mango, a subsidiary of South African Airways. Notably, both competing LCCs – which now stand to gain from 1time’s exit from the market – operate larger and more fuel-efficient 737-800s. 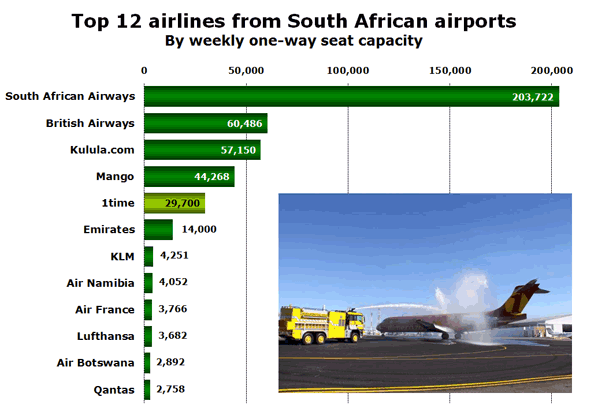 The routes operated by the airline at its demise, and the competition it faced, are summarised in the table below.

Only on one route did 1time not face any direct competition, on the route to Mombasa in Kenya that was only launched earlier this year. Notably, at the same time in March, the airline also began operating domestically out of Lanseria Airport; however, these services were short-lived and only lasted until June.

One further of 1time’s three international routes stands out, since 1time operated to Zanzibar in Tanzania with higher frequency than its competitor Precision Air. On all other routes, 1time faced considerable competition and was in most cases the operator with the lowest frequencies on offer.