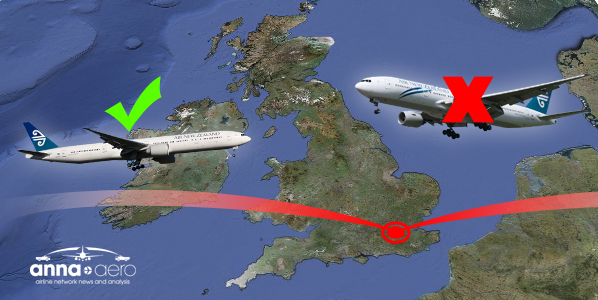 From March next year, Air New Zealand will only serve London via Los Angeles, dropping the routing via Hong Kong. The airline had already reduced from daily to five weekly operations as passenger numbers have declined in the London – Hong Kong market.

Air New Zealand, which has operated between Auckland and London Heathrow since 1994, chose to complement its operations via Los Angeles when the airline launched a second daily operation via Hong Kong in October 2006. This has since been reduced in frequencies and is now operated five times weekly.

However, the airline has just announced the suspension of the Hong Kong – London sector from March next year. Instead, the Star Alliance airline will partner with oneworld member Cathay Pacific, establishing yet another of several recently announced partnerships across the alliance borders. 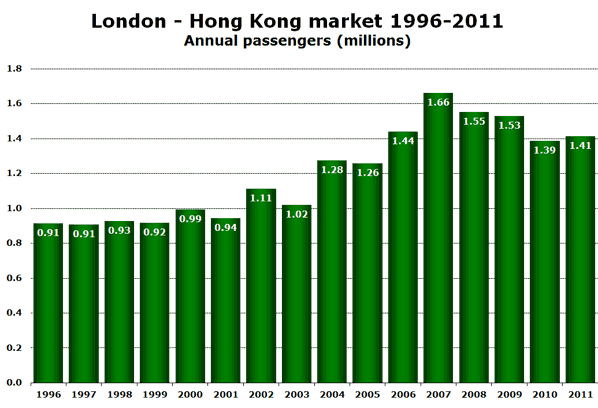 Passenger numbers in the London – Hong Kong market have declined since the peak in 2007 when Air New Zealand had just launched its services on the route. Last year, 15% fewer passengers were transported than during the peak year and data for the first eight months of this year show a continued downward trend.

Although independent Virgin Atlantic may seem like a more logical partner, the airline’s Hong Kong operations do not connect with Air New Zealand’s Hong Kong flights. Flights operate overnight from Auckland, arriving at 06:05 in the morning in Hong Kong, while Virgin Atlantic’s operations depart at 23:30. Air New Zealand’s outgoing CEO, Rob Fyfe, also pointed out that the partnership with Cathay Pacific also opens up connection opportunities between New Zealand and Mainland China.