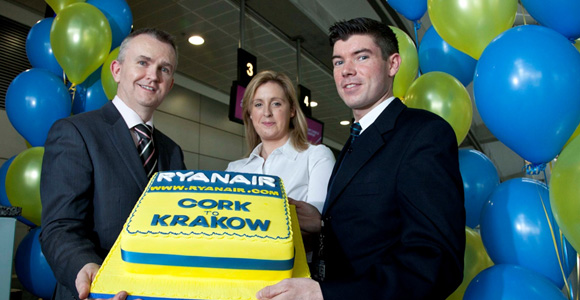 Riga Airport’s Aldis Mūrnieks, Acting Chairman of the Board; and Liene Freivalde, Director of Aviation Services Department, cut the inaugural cake during the launch event for Ryanair’s new Manchester service to the Latvian capital.