American Airlines resumes services to Asunción in Paraguay; adds third route to Honduras from Miami and 18th to Mexico from Dallas/Fort Worth 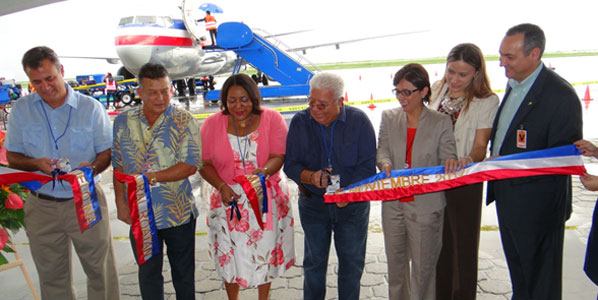 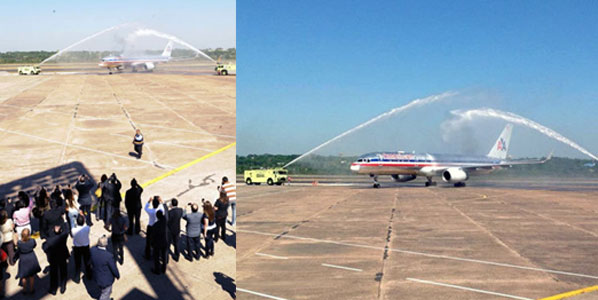 Cheering crowds and a water-cannon salute welcomed American Airlines back in Paraguay’s capital Asunción after a six-year absence. 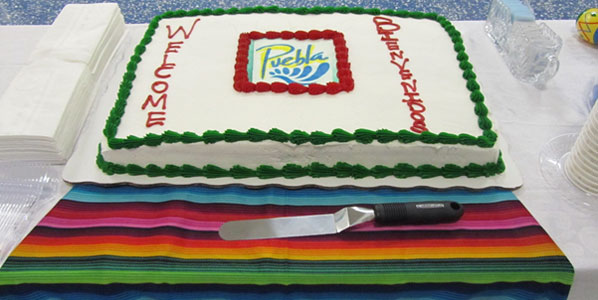 Dallas/Fort Worth sent off American Eagle’s maiden flight to Puebla in Mexico with a cake served on a colourful sarape. This is American Airlines’ 18th destination in Mexico. The late-evening arrival of American Eagle’s new service from Dallas/Fort Worth to Puebla in East-Central Mexico, was greeted with the traditional water cannon salute. Victor Mata, Mexico’s Sub-Secretary of Transport (pictured fourth left), underlined: “The new service is the effect of collaborative efforts of the Transport and Tourism Ministries to attract investment and tourism.”