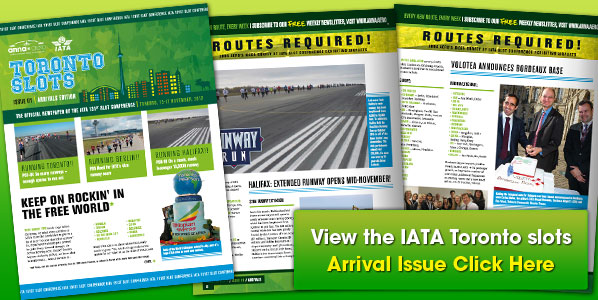 Toronto Slots Arrivals Edition: Our survey of airports exhibiting at IATA Slots yields over 200 potential pairs for your casual reading.

The anna.aero team went to Toronto last week as guests of Greater Toronto Airport Authority (GTAA), which hosted IATA’s 131st Slot Conference. There, anna.aero produced two editions of our stunningly popular show dailies. Besides being thrust into the hands of the record 1,000+ audience, these made-in-Canada products are also brought to you today in electronic format.

The Arrival’s Edition comprises the anna.aero Survey of IATA Slots Exhibiting Airports in which we invited each airport to list their “Top 10 Most Desired Routes”, yielding over 200 potential city pairs for your casual reading. 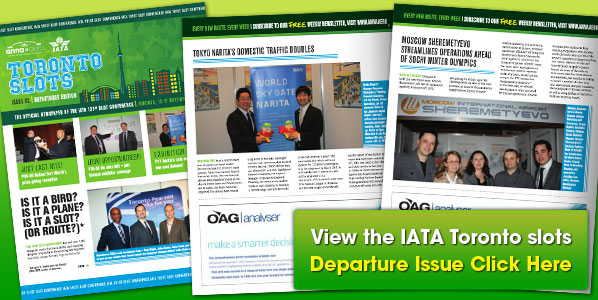 Toronto Slots Departures Edition: Featuring 20 on-site interviews such as Moscow Sheremetyevo’s inside track on “imminent” open skies with Europe (so that’s why easyJet’s dash to Moscow is so important!!!)