WestJet’s Chris Avery writes to anna.aero about his ‘mo 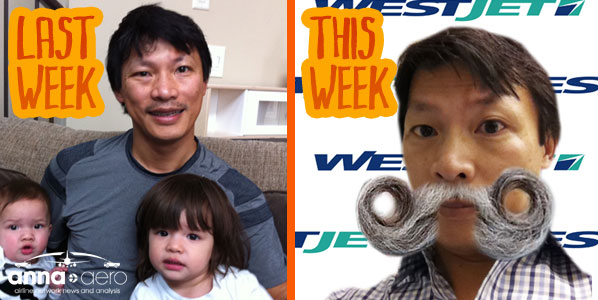 Chris originally sent in his moustache photo last week. Since then he’s been applying a special growth stimulant made of racoon phlegm with dramatic results.

With my Mo Bros and my Mo Sistas at team Westjet, this month we have all joined the Movember movement in support of men’s health. As a result Team WestJet is #10 nationally. We would love to get to #1 and, more importantly, help this good cause.

My commitment has been to grow a moustache and in doing so, raise vital awareness and funds for prostate cancer and male mental health.

I am asking you to help by making a donation (Click to donate).

Thank you in advance for supporting our efforts! 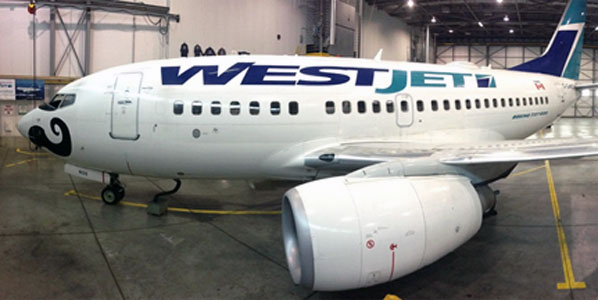 WestJet’s 737 Next Generation "Mo Boe.” Last year WestJet President and CEO Gregg Saretsky raised $85,000 as a Movember participant, thereby becoming one of the top individual Movember fundraisers in the world. This year Gregg and WestJetters are fundraising as team. There’s still time to support them by clicking here. 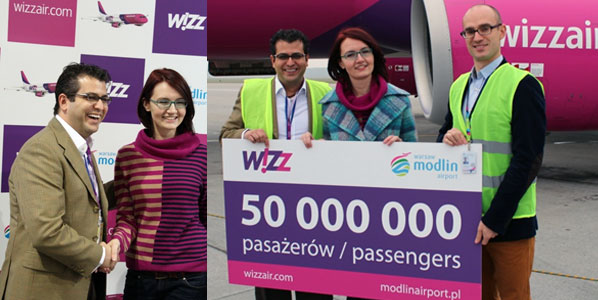 Wizz Air’s 50 millionth passenger since the airline was funded eight years ago, departed from Warsaw Modlin last week. Anna Wilson, who was travelling from Białystok in eastern Poland to London Luton, was awarded a year’s worth of free Wizz Air tickets by the airline’s Daniel de Carvalho, Corporate Communications Director; and Modlin Airport’s Piotr Lenarczyk, Chief Specialist Aviation Sales. Commenting on the milestone was also Jozsef Varadi, Wizz Air’s CEO, said: “It will take us less than four years to deliver the next 50 million passengers.” 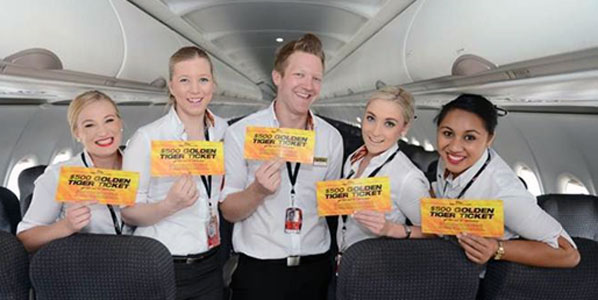 Tiger Airways Australia celebrates its fifth anniversary this week with five Golden Tiger Ticket giveaways worth $500 each. Carly Brear, the airline’s Commercial Director, said “We are soon to carry our 10 millionth passenger in Australia and are extremely excited about what the next five years holds for Tiger. We’d like to thank all of our customers who have chosen Tiger over the past five years and this is a small way we can give back to our supporters.” Vilnius Airport welcomed its two millionth passenger this year on November 26, a milestone it first reached in 2008. Since January, Vilnius handled 1.85 million passengers – 28% more than in the same period in 2011. The airport’s business lounge managers Sofija Mikučionienė and Ineta Baltuškonienė flank one of the jubilee passengers, who arrived from Copenhagen on SAS. On 17 November, SCAT Air of Kazakhstan launched low-frequency services from Aktau, the country’s only seaport located on the Caspian Sea, to Kiev Boryspil. Twice-weekly departures from SCAT Air are now available using CRJ200. AeroSvit, which previously operated the route with the same frequency, has withdrawn its services following SCAT's entry.