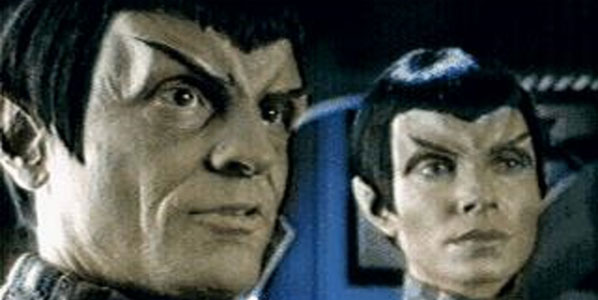 Romulans are not just a fictional alien race in the Star Trek universe. They also provide their home town Romulus for the 42nd busiest airport in world – Detroit Metro or DTW as the locals like to call it.

Detroit Metropolitan Wayne County Airport is Michigan’s busiest airport and the 17th busiest in the US in 2011. Following the merger of Northwest Airlines and Delta Airlines, which was finalised in October 2008, the hub witnessed a network rationalisation which was exacerbated by the looming economic downturn that hit Motor City disproportionately given its industrial heritage. As a result in December 2012, Delta now operates 23% less seats than the two separate airlines flew in December 2008. The resulting swingeing capacity cuts are clearly reflected in the 2009 passenger figures at the airport. Since then Detroit has sought to rebuild its traffic base to previous levels, which only as far back as 2007 made it the 22nd busiest in the world and 12th busiest in the US. 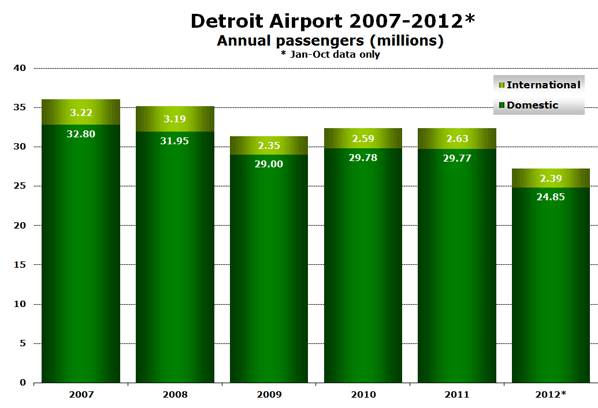 Part of the airport’s recovery has come as a result of low-cost carrier Spirit Airlines deciding to make it a focus city on its network. Detroit now commands #5 spot in terms of importance for the Fort Lauderdale based carrier, behind the Florida airport as well as Chicago O’Hare, Dallas Fort Worth and Las Vegas. Despite becoming the second most important airline at the airport, it is still dwarfed by Delta, which is over 15 times larger in terms of seats and over 25 times bigger when considering frequency. Clearly, for the airlines trailing in Delta’s considerable wake there will be opportunities to challenge its dominance at the airport as consumers look for a different travel experience to the mainline carrier. 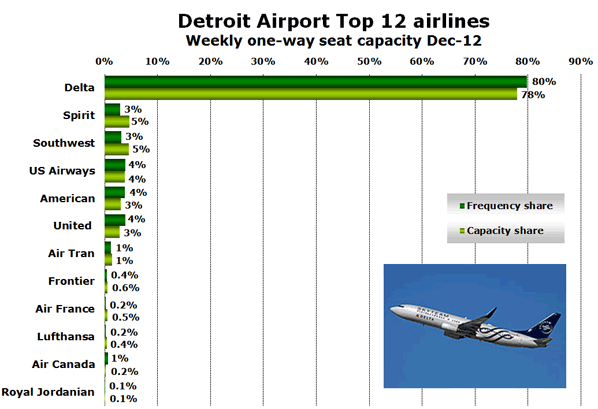 Michigan’s proximity to Canada has resulted in significant social, cultural and business links between the US state and the three Canadian destinations it serves – namely Toronto, Montreal and Ottawa. The only competed route is to Toronto where Air Canada takes on Delta, although the US carrier has nearly three times as many seats in that particular trans-border market. 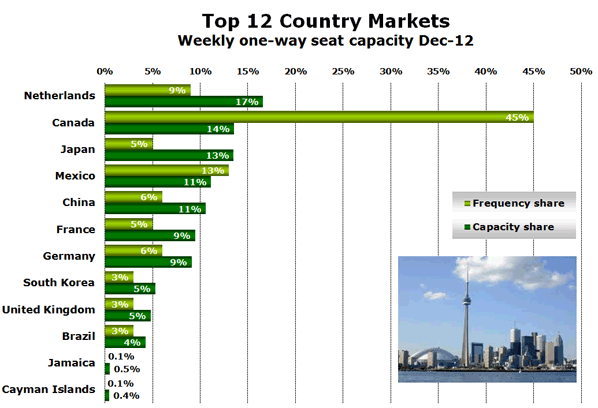 Feed into the Skyteam partner hubs of Air France-KLM and Korean Air is critical in keeping Detroit connected to the globe. Amsterdam is served thrice-daily, all on Delta metal, while Paris CDG is covered with 12 weekly flights split 60/40 between Delta and Air France respectively. Looking west from Detroit, Delta also serves alliance partner Korean Air’s Incheon hub with daily flights and operates to Tokyo Narita and Nagoya in Japan with a similar frequency.