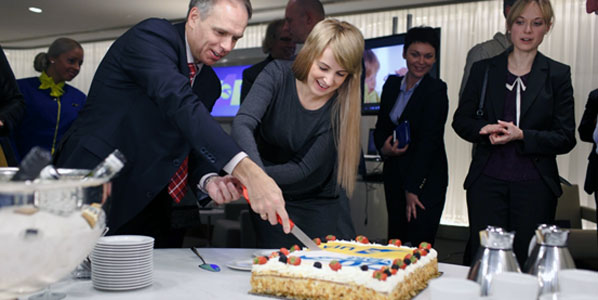 On 22 November, celebrations were held to mark 20 years of Ukraine International Airlines’s flights between Kiev and Amsterdam Schiphol. The route, which now operates with thrice-daily frequency as a code-share with KLM, will be boosted to four daily flights again next summer. Cutting the celebratory cake were Schiphol’s Marketing Director Marcel Lekkerkerk, and the airline's VP International Sales, Daria Kalenskaya. 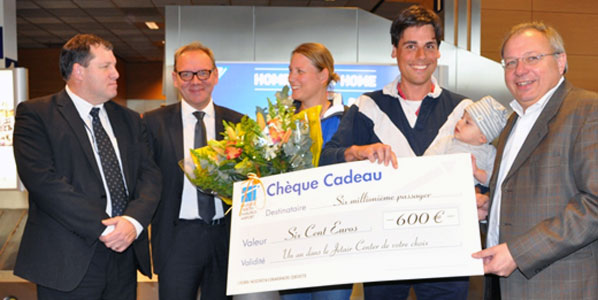 Brussels South Charleroi welcomed its six millionth passenger this year. The airport expects to handle 6.4 million passengers in 2012 - 500,000 more than last year. The lucky passenger, Hugo Rijnen, arrived with his family from Tenerife and was warmly welcomed by Walloon Minister André Antoine, who presented him with a €600-travel voucher. The airport’s Chairman of the Board of Directors Laurent Levêque and BSCA Managing Director Jean-Jacques Cloquet, assisted the ceremony. A voucher for a return flight and an iPad awaited the lucky three-millionth passenger in Novosibirsk. Sergey Savelyev, who was travelling to Moscow in the morning on 29 November, was presented with the gifts by the airport’s CEO, Evgeniy Yankilevich, who underlined: “This new record is hit primarily thanks to cooperation with partner airlines in the development of the route network, while continuous improvement of airport services, business growth and tourism development in the region also contributed to this success.” 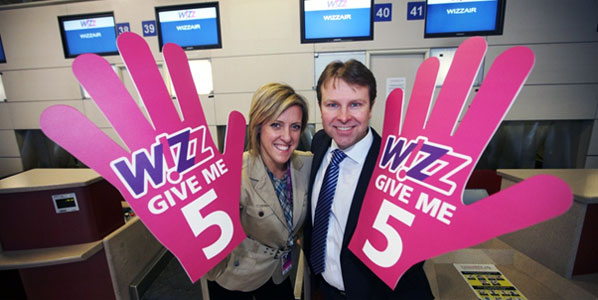