The big leak: Which airports are on Turkish Airlines’ route network shopping list? 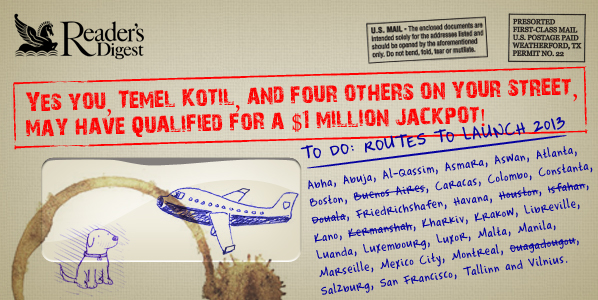 Turkish Airlines has grand ambitions to create the “largest airline on Earth”. That’s what its President and CEO, Dr Temel Kotil told anna.aero’s Publisher, Paul J. Hogan, back in June 2010. Nearly 30 months on, its growth continues unabated, with two further points being added this week to Turkish’s burgeoning Istanbul Atatürk hub – Kilimanjaro and Mombasa It has FIVE more to launch before 2012 closes: No other mainline airline in Europe comes close to this growth.

In his 2010 interview with anna.aero, Kotil explained that his vision was to copy the success of Emirates, but with a vital difference: Istanbul is far closer to 100 or so major regional airports in Europe – airports like Bologna, Gothenburg or Bremen. These can’t support Emirates’ 777 widebody services, but they can be served by Turkish’s 160 single aisle 737-7/8/900 and A319/320/321 fleets – as can other airports to the south and east – Tel Aviv, Djibouti, Amman, Mogadishu, Benghazi etc. In essence, when it comes to equipment (and fuel) Istanbul might well be about the most efficient place in the world to have an omni-directional Global Mega Hub (GMH).

That’s all sounds very clever, but does it actually work? The information obtained by anna.aero suggests it does:

How to build a GMH

The table tells us that Dhaka, Delhi and Mumbai represent the three services which are most reliant on transfer traffic, with Washington Dulles featuring in the top five of all three points, thereby proving the value of having transatlantic feed to three of biggest Indian Sub-Continent routes. The markets that are primarily Istanbul O&D are New York JFK and Tokyo Narita – unsurprisingly both routes were among the first destinations served when Turkish began long-haul services following the arrival of its A310s in the late-1980s.

In particular the Istanbul hub seems to be really successful in taking business away from El Al. Despite there being direct El Al 747-400s flights to New York JFK (nine weekly), Bangkok (6w), Hong Kong (5w), Mumbai (4w 767-300s), Los Angeles (3w 777s) and Korean Air’s thrice-weekly 777s to Seoul Incheon, Tel Aviv is the most prevalent transfer traffic provider to Turkish’s GMH, charting 16 times out of the 23 surveyed routes. This is hardly surprising as Tel Aviv has the highest frequency of any international route in the Turkish network, with 32 weekly flights in December 2012. However, the remaining 10 routes are currently unserved from the Israeli airport and therefore represent an opportunity for new direct services.

It’s a big drop to the #2 airport – Stockholm Arlanda – which is recorded just six times in comparison. Of the recorded transfers – Bangkok, Dubai, Dhaka, Islamabad, Johannesburg and Mumbai – only two are directly connected with Stockholm – Bangkok (Thai Airways/Daily) and Dubai (3w by Norwegian). Clearly the unserved direct demand to Bangkok from Sweden – starkly illustrated in Turkish’s figures – provides Norwegian with the obvious rationale for starting 787 services to the Thai capital next June.

Meanwhile, if some of the averages that the Turkish GMH is achieving are applied to its new long-haul route – the recently launched Malé service – then the expected load factor will be 78%; Istanbul-originating traffic will be 37% with the remainder derived from transfer originating from Tel Aviv, Stockholm, Athens, Barcelona, Milan, Washington and Tehran.

Tehran proves hard to get to

Indeed Tehran Imam Khomeini looks like being Tel Aviv’s unlikely twin as a potential key source market for the hub, as when looking at the feed into Istanbul from Europe it is the Iranian capital that is registered in 20 out of the 23 sample airports. This result comes despite five of the 20 airports already having direct flights to Tehran with Iran Air A300s to London Heathrow (thrice weekly) and Frankfurt (3w), and its A310s operating to Cologne (1w), Hamburg (2w) and Vienna (1w).

With its large Turkish expatriate community Germany dominates in terms of the routes that are the least reliant on transfer traffic, with Bremen (which started in April), Cologne and Düsseldorf topping the table. Zagreb features alongside Tel Aviv when it comes to this sample of European markets that provide the most onward feed to Turkish’s GMH, however with 55% of traffic transferring, it is Belgrade that steals the crown, although this transfer market may however take a hit following the launch of Qatar Airways’ own Belgrade service last month.

Aside from Beirut and Baku which also feature highly, Emirates’ European network planners would do well to refer to the list of 10 airports where Dubai is an important onward market, particularly as seven of them – Belgrade, Cologne, Malaga, Nuremburg, Stuttgart, Valencia and Zagreb – are currently unserved by the MEB3 carrier.

Of course for the successful GMH model to continue to develop and thrive, Turkish needs to continually add spokes. Looking at the routes above the airline is seemingly continuing to focus on points with little or no direct long-haul flights as well as those far flung destinations like Colombo, Manila, Montreal and San Francisco that have the ability to draw traffic from an increasingly disparate global diaspora. 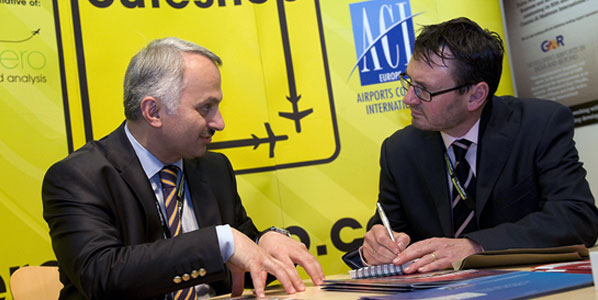 June 2010: Turkish Airlines’ President and CEO Dr Temel Kotil tells anna.aero publisher Paul J. Hogan how his Istanbul Global Mega Hub will create “the largest airline on Earth.” Since then Kotil has been good to his word, launching far more routes than any other non-low cost airline. Statistics obtained by anna.aero and published here indicate that Istanbul is truly operating as a Global Mega Hub.