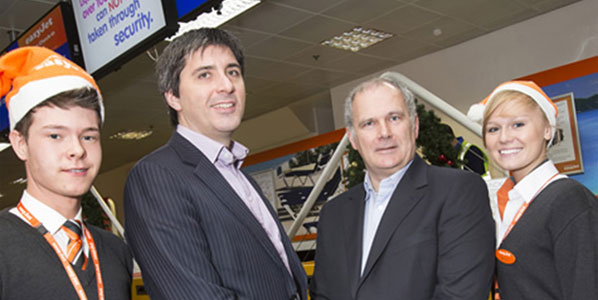 Hugh Aitken, easyJet’s Commercial Manager UK; and Chris Sanders, Newcastle Airport’s Aviation Development Director, celebrated the airline’s inaugural flight to Amsterdam. Aitken said: “We are delighted to add this new flight to Amsterdam, which will make it more affordable for businesses to connect with the Dutch market, easier to enjoy a break in Holland, and attract more Dutch visitors to the North East.”