Condor’s Capitan, Uli Schultz, led the symbolic wedding ceremony on board the airline’s flight from Frankfurt to Puerto Rico on 12 December. The lucky couple, Claudia and Mathias, who won a luxury honeymoon in San Juan Marriott Hotel in a sweepstake co-organised by the airline, then enjoyed the yummy-looking two-story cake. Individual cupcakes were also served to all 230 passengers on board. 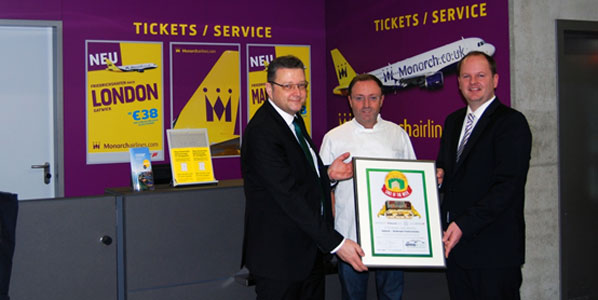 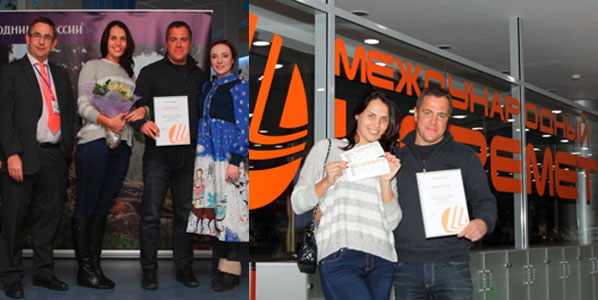 Moscow’s Sheremetyevo Airport celebrated the 25-millionth passenger milestone on 13 December. The lucky couple, who were travelling on an AF-KLM flight to Amsterdam on the day, was rewarded by the airline’s local Station Manager, Pierre Noel Gauthier and Tutta Larsen, MTV Russia’s most popular presenter. 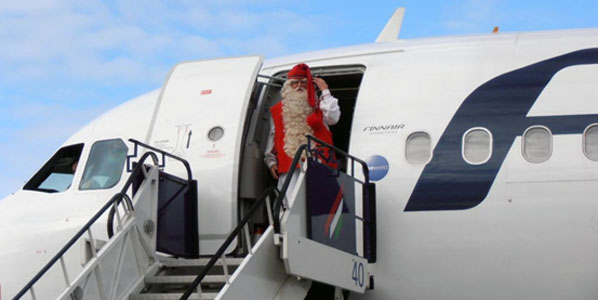 Much to the delight of local children from the neighbouring city of Vecsés, Santa Claus arrived in Budapest last week on Finnair’s flight from Helsinki last week. The event, which included a bag full of gifts for the children, was supported by Budapest Airport, Finnair, Finnagora (Finnish Culture Institute), Malév Ground Handling, Airport Hotel and Le Meridien. St Petersburg Airport and Aeroflot jointly celebrated the arrival of the one-millionth passenger travelling on the airline’s shuttle service to Moscow. On 12 December, Alexander Lebedev, the lucky passenger, received a surprise free business lounge pass and a return ticket on Aeroflot flight from the airline’s Station Manager, Vasliy Naletenko and airport's representatives. 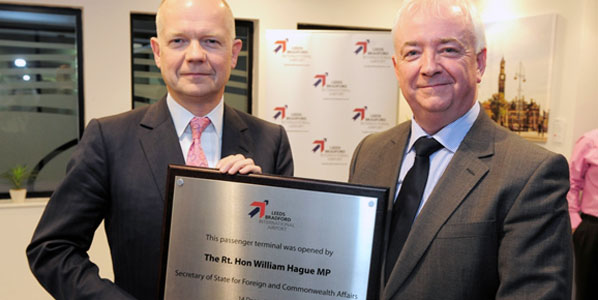 On 14 December, the British Secretary of State for Foreign and Commonwealth Affairs, William Hague; and Leeds Bradford Airport’s CEO, John Parkin, officially opened the £11-million passenger terminal at Leeds/Bradford. The facility provides a 65% increase in airside space, which is split over two floors, creating a new larger departure lounge and wider commercial facilities. 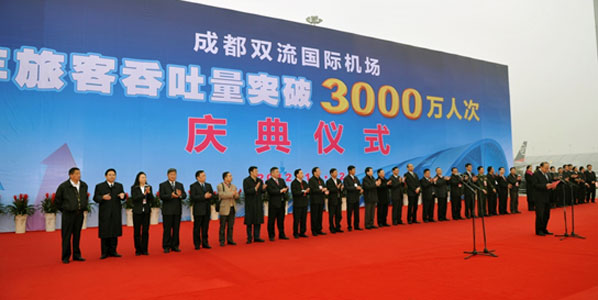 Chengdu Airport joined the Chinese “30 Million Airport Club”, an unofficial grouping of the country’s (now) five busiest airports, on 12 December. The airport first broke through the 20 million mark only three years ago, but the airport's rapid growth since 2009 has made into the fifth largest passenger facility in Mainland China. 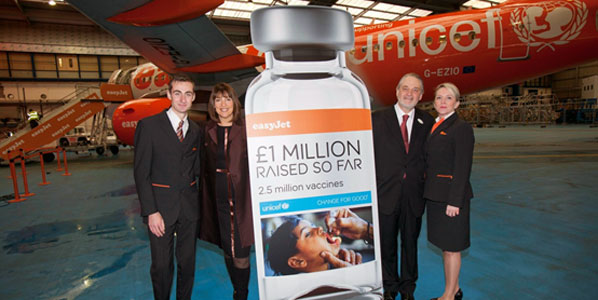 Carolyn McCall, easyJet’s CEO; and David Bull, UNICEF’s CEO, flanked by easyJet’s crew members Scott Tatcher and Cathy Clancy – posed for a commemorative picture to thank passengers who have helped raise £1 million in only six months and mark the occasion by unveiling a new “Change for Good” branded aircraft. 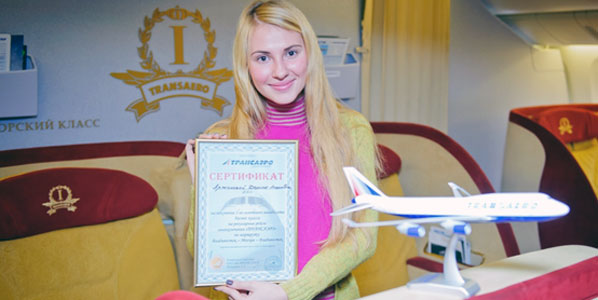 In another landmark achievement from Russia, Transaero for the first time in its 21-year history transported its 10-millionth passenger in a single year. The unsuspecting Darina Arzhanova was travelling to Moscow from her home city of Vladivostok in the Russian Far East, when she was surprised with an “Imperial” gift of an upgrade to Imperial class on the flight and an additional return ticket in business class. Russia’s Far East is one of the targets of Transaero's development strategy: the airline operates 747-400s and 777s on routes to the region and now offers Imperial Class to a total of six destinations. 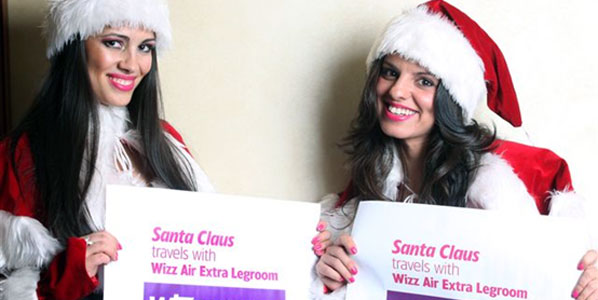 Wizz Air gives away free extra leg space upgrade for all passengers dressed up as Santa Claus until 20 December. The airline’s Corporate Communications Manager, Daniel Carvalho, said: “It’s about time somebody gives Santa Claus a present when he flies criss-cross over Europe!” 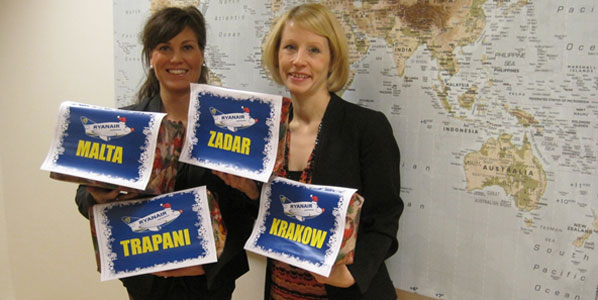 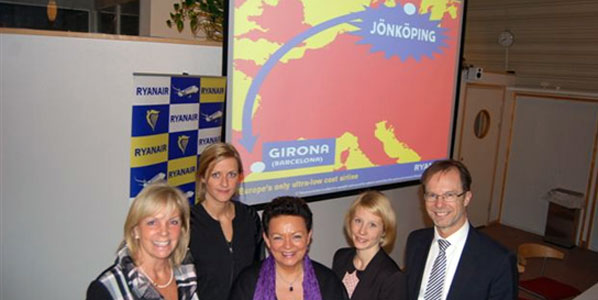 Celebrating the new route announcement in Jonkoping are representatives from Jonkoping airport, Ryanair and Destination Jonkoping. 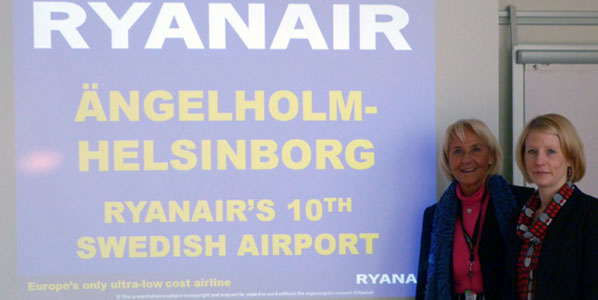