On Christmas, Air France and Bangalore Airport surprised passengers arriving from Paris CDG with gifts. Customised and tagged, the packages were delivered on the baggage belts – much to the astonishment of guests. 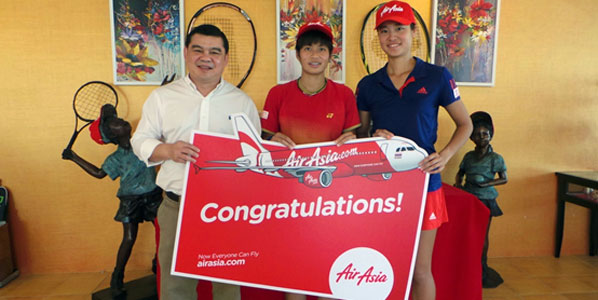 Nicha Lertpitaksinchai and Piengtarn Plipuech, the national team players given the top seed at the tournament, took the "AirAsia Tennis Double Open 2013" women's doubles division at CV Tennis Club, winning a 15,000 THB cash prize and AirAsia plane tickets handed to them personally by Director of Commercial for AirAsia, Santisuk Klongchaiya this past 7 January, 2013.