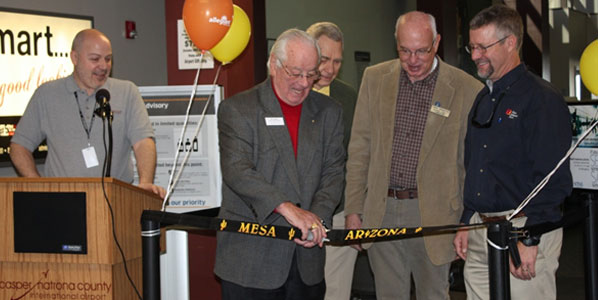 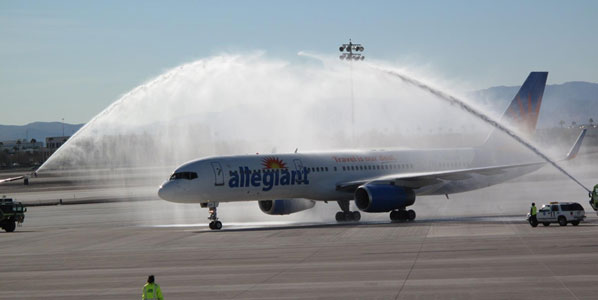 Members of the Las Vegas Airport’s fire and rescue service were on hand to douse Allegiant Air’s maiden arrival from Plattsburgh, NY, as it pulled into the gate.