LEAK of the Week: Emirates to launch routes to Boston, Miami and Stockholm; Chicago on radar 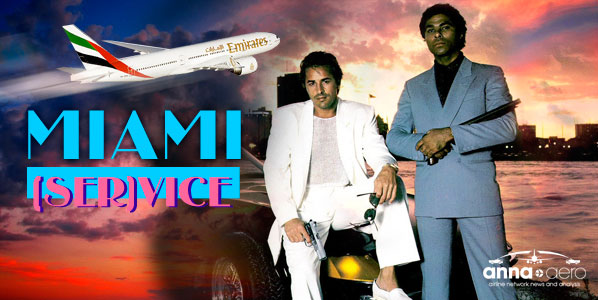 Miami (Ser)Vice: New Miami and Boston services will mean Emirates will operate to nine US destinations in 2013. Neither city is served by any other Middle East carrier. Stockholm will become Emirates’ second Scandinavian city after Copenhagen.

Following on from our Turkish Airlines BIG LEAK, anna.aero has gained access to yet another previously unannounced route shopping list, this time from Emirates. The Dubai-based MEB3 (Middle East Big 3) carrier has been quiet by its own standards in having only announced new services to Warsaw (daily A330 from 6 February) and Algiers (daily A330 from 1 March) for introduction so far in 2013. However, with 11 A380s and 18 777-300s due for delivery this year, and a newly opened Concourse A at Dubai to fill, our revelation clearly shows that new metal is not just going to be used to bolster frequencies on existing routes.

Emirates is already the most active of all Middle East carriers in the US market, with seven stateside points in its network. If Boston and Miami are both introduced at daily frequency, this will see Emirates flying 70 weekly frequencies and probably around 25,000 weekly seats to the US by the end of 2013.

While Emirates will have no direct competition from any other Middle Eastern carrier the new US routes, data unearthed during our investigation indicated that Chicago could also be on the Dubai-based carrier’s US new route hit-list. Any launch by Emirates to the Windy City is likely to raise more than a few eyebrows from its regional competitors, with both Etihad and Royal Jordanian already operating there, and Qatar Airways intending to launch its own daily 777-300 service on 10 April this year. Etihad will return the favour on 31 March however, when it launches its own daily A340-500 service to Washington, making the US capital, along with New York JFK and possibly Chicago, only the third US route served by all three MEB3 airlines.

Saudia is not immune to developing its own North American expansion plans, having recently stated that it will launch flights to Toronto and Los Angeles in the Q3 of 2013 and Q2 of 2014 respectively. The latter route decision may have more to do with Prince Abdul Aziz, the Saudi King Abdullah’s third son, looking to build a mansion in the prestigious Beverley Hills 90210 zip code, more than any underlying business rationale. 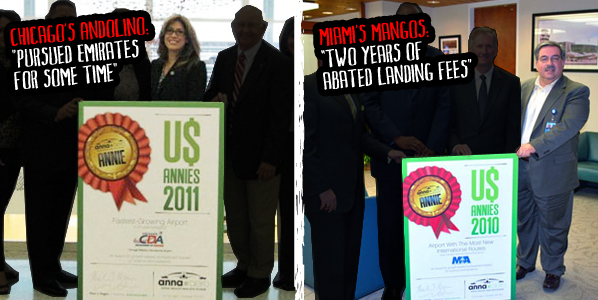 Taking the opportunity for one last sales pitch, Chris Mangos, Director, Marketing Division of Miami International Airport said: “MIA has been working with Emirates and several Gulf carriers for some time now, though as we communicate, I have not commitments from any. Our route expansion strategies do consider at least one direct Gulf route as necessary to serve not only the growing O&D traffic to points such as Dubai, Abu Dhabi and Doha, but other Middle Eastern, North African and Indian markets as well. Our latest incentive program implemented this past November would give any carrier serving the Gulf up to two years of abated landing fees and matching funds towards advertising and promoting the new MIA-Gulf route.”

When we asked Chicago about the Emirates leak were were sent straight to the top with Rosemarie S. Andolino, Commissioner, Chicago Department of Aviation, telling anna.aero: “Expanding Chicago’s service and connectivity to the growing Middle East is a high priority for us. We have pursued Emirates for some time and look forward to the possibility of new service to Chicago in the near future.”

“Winner takes it all” in the Stockholm market?

Stockholm-Dubai is already served by Norwegian with a thrice weekly direct 737-800 service. However, it will be interesting to see whether this route will survive, particularly if Emirates launches a daily A330 service, as this scale of operation will offer more than three times as many weekly seats than the low-cost carrier. In terms of generating hub feed from the Swedish capital to onward points in Asia, Emirates will go also head-to-head with Qatar Airways’ daily A330 service.

“We do of course hope that the rumour is true and we do look forward to welcome Emirates to Stockholm-Arlanda,” said Swedavia’s Elizabeth Axtelius, Director Route Development when anna.aero asked her to comment on the prediction.

Emirates’ decision to serve Dubai-Stockholm not only fills a void left open by SAS, it also offers significant alternatives to SAS’ other three remaining Asian points – Tokyo Narita, Beijing and Shanghai (Bangkok is now served winter-only) – to which Swedes have to travel via Copenhagen. 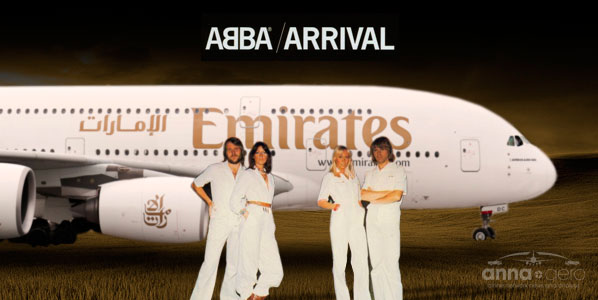 "This one is going out to Micke at Stockholm Arlanda".

Dubai-based fans of ABBA are also excited. Marissa Woods, director of Image Factor UAE, told us she is keen to be on the Stockholm inaugural flight: “I have long dreamt of a direct flight to make my ABBA pilgrimage to Sweden, the place where ABBA called home, where women wear shocking bright blue eyeliner and the men have long flowing hair. I will certainly be one of the first holding my Emirates direct flight ticket, ready to be the ‘Dancing Queen’ for a Stockholm night. Skål!”