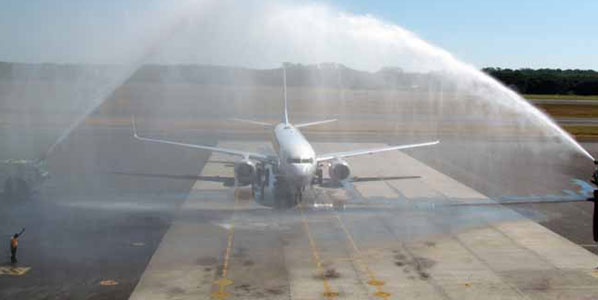 United’s maiden arrival in San Salvador was greeted with the traditional water cannon salute. Alberto Arene, President of CEPA (the airport’s operator), said: “This new service reflects the existing passenger demand for international services. The opening up of the country will greatly facilitate the launch of various tourism campaigns that would historically prove too isolated to be successful.”