Not one, but two Santas saw off passengers travelling on Volotea’s inaugural flight from Verona to Bari on 20 December. Cutting the cake during the launch event were Carmine Bassetti, Catullo Spa's GM; and Valeria Rebasti, Volotea's Commercial Country Manager Italy. 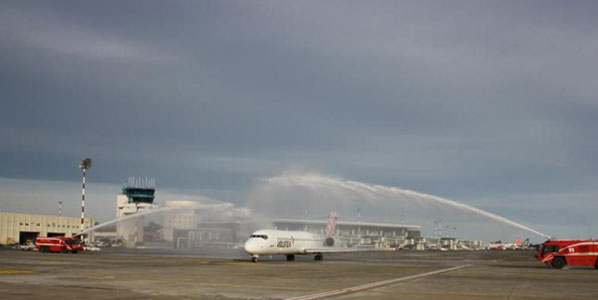 Volotea’s inaugural departure from Catania in Sicily was given the traditional water cannon send-off by the airport’s fire brigade.