ROUTEFLASH!!: Ryanair to open its first African bases in Marrakech and Fez 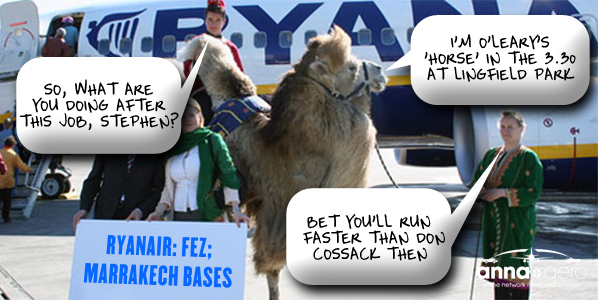 Will Ryanair’s new Moroccan bases be a runner, or will they have the recent indifferent form of O’Leary’s horse, Don Cossack? anna.aero’s discovery of the new bases represents quite a turnaround since June when Ryanair axed 34 frequencies and announced: “ONDA (the airports authority) has refused to guarantee Ryanair the continuation of the cost levels of its original agreement, consequently it’s unrealistic for them to expect us to continue to grow our business in that context.”

Exclusive: anna.aero has discovered that Ryanair will open two new bases in Morocco, less than six months after a spectacular public row with the state airports company, ONDA, in which it declared: “Ryanair cannot accept cost increases as it seeks to deliver more growth to Morocco; ONDA has now lost sight of the key to the success of our partnership.” Clearly relations have thawed considerably, to the extent that aircraft will now be based in the country, probably from April this year.

As base number 56 and 57 you would think that this would not be a big deal for the low-cost world, however the Irish carrier’s decision is significant as it represents the first time any European low-cost carrier has made the decision to base aircraft outside of its home continent. Our data elves can only think of Tiger Airways (based in Singapore, but with operations in Sydney and Melbourne) and Air Arabia (based in Sharjah but with bases in Alexandria and Casablanca) as being the only low-cost carriers with aircraft based in a different continent. (Before anyone writes in, we maintain that Ryanair’s three Canary Islands bases in Tenerife, Lanzarote, and Gran Canaria are technically in Europe).

Competing airlines on the rack, at RAK

Currently Ryanair is the third largest carrier at Marrakech, trailing slightly behind easyJet and national carrier Royal Air Maroc in terms of both weekly frequencies and seats. Even if Ryanair decides to base just one new aircraft at the airport, it would seem likely that it will become the dominant airline, although this will depend on the number of new routes that it plans to launch versus just simply reinstating the schedule on existing routes. 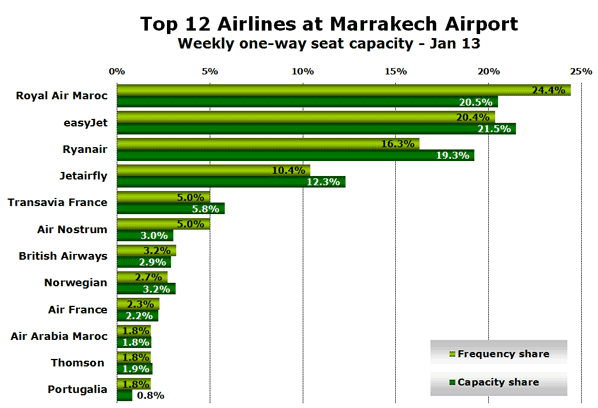 The obvious gaps in the existing network would be some services to Scandinavia, and more capacity into France to serve the obvious social links between the two counties. However, the biggest single market from Marrakech is domestic — with 28 weekly frequencies and over 3,200 weekly seats — is to Casablanca. So, with aircraft based at the airport, it will be interesting to see if Ryanair uses this opportunity launch domestic services within Morocco. 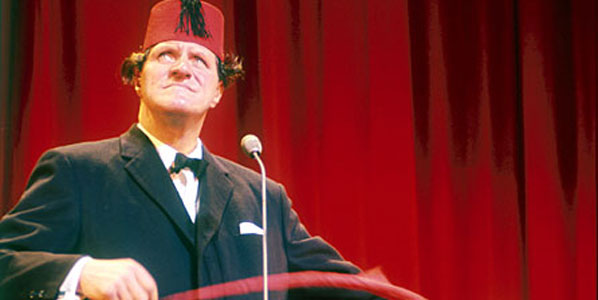 Fez, famous for its felt hat. Ryanair options for the new Fez base include re-starting the London Stansted route again (axed during the spat over airport charges), laying on more French services, or filling entirely open market gaps such as the unserved Madrid route, or providing Scandinavian flights.

The situation at Fez Saïss Airport is very different. It is seven times smaller than Marrakech, and Ryanair is already the #1 airline in terms of weekly seats and flights – it only has five airlines serving the city probably most famous for the tarboosh felt hat. Route opportunities that Ryanair may well look to exploit could include re-starting London Stansted flights again (which were canned during the spat over charges last October with ONDA), Madrid (currently not served at the airport), more frequencies to France (Paris, Marseille and Montpellier are currently operated across all serving airlines) as well as Scandinavia. 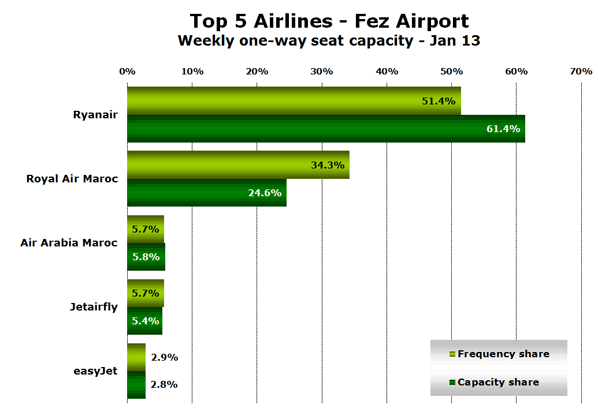 As we close for press, there are also rumours that Michael O’Leary will be using the company jet this week to announce bases 58 and 59 at Lisbon and Santander. Typically Ryanair would normally start a base only after it has trialled the destination with some inbound flights from other bases, but currently it has no operations at Lisbon and if this plan comes to fruition it will become its third Portuguese base after Porto and Faro. The low-cost carrier already has a 17 route network from Santander operating domestically in Spain, as well as the three routes to the UK, two in Italy and one each in Germany and Belgium. Santander would become Ryanair’s eighth base in mainland Spain.