NovoAir from Dhaka to Chittagong 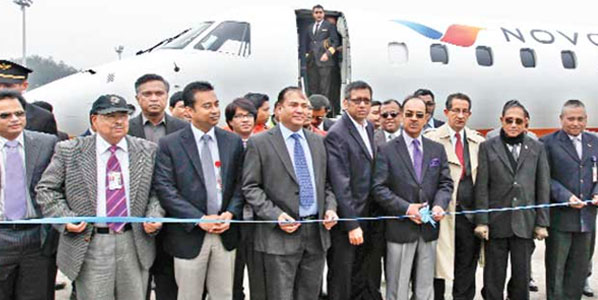 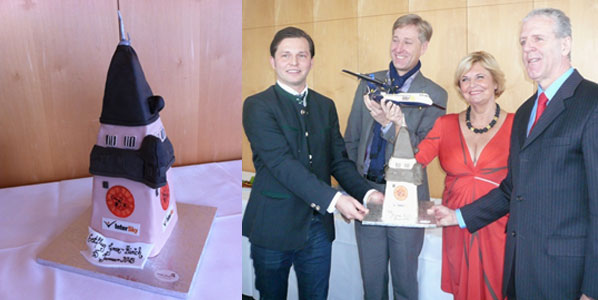 Clockwork: Graz’s famous clocktower provided the theme for the cake celebrating InterSky’s new route to Zürich, which was then presented at the Swiss airport by Stefan Ettl, Steiermark Tourism; Peter Oncken and Renate Moser, both InterSky’s MDs; and Gerhard Widmann, MD of Graz Airport. 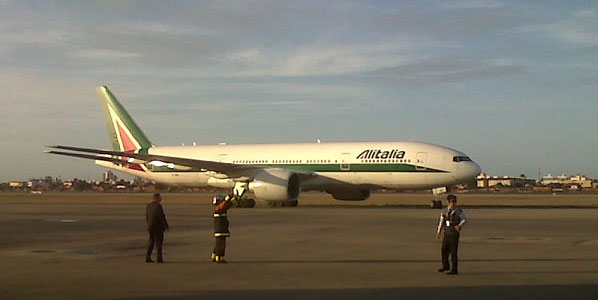 Alitalia's arrival in Fortaleza earlier this week turned the north-eastern Brazilian city into the airline's third destination in the country. Passengers arriving on Cal Jet Air’s inaugural services to Mazatlán on the Mexican Pacific Coast disembarked to the tune of local music band. Inaugural conference was then held by airline and airport officials. 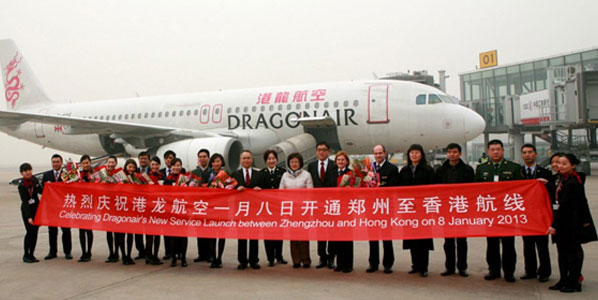 Dragonair’s inaugural service to Zhengzhou in north-central China was celebrated in Hong Kong by the airline’s mangement board and VIP guests. Passengers travelling on the maiden flight were given welcome gifts to mark the airline’s 21st Chinese route. 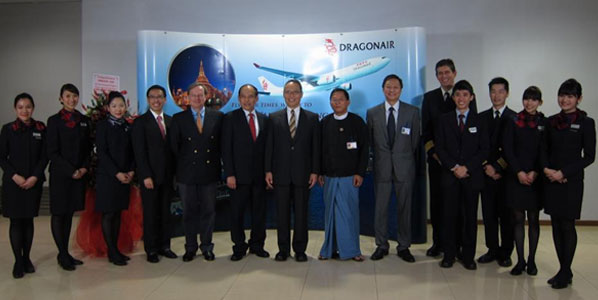 Welcome ceremony was thrown by Yangon Airport in Burma to celebrate the arrival of Dragonair’s four-weekly services. 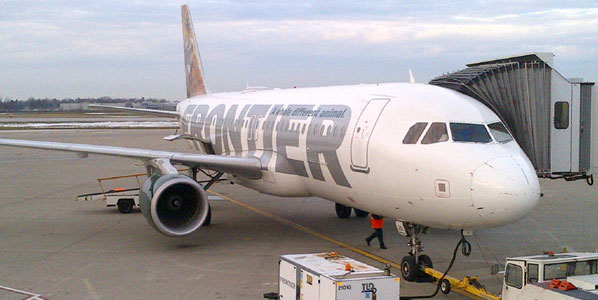 Frontier’s inaugural arrival to Cleveland, OH, from Denver, CO, was documented for posterity by Todd Payne who kindly shared this lovely picture with anna.aero.