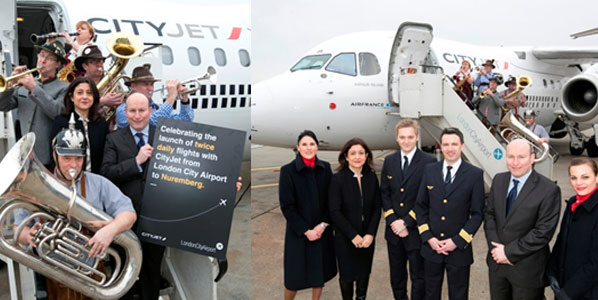 Christine Ourmières, CityJet’s CEO; and Matthew Hall, London City Airport's CCO, celebrated the launch of the airline’s twice-daily flights to Nuremberg. Entertaining passengers in the terminal with a classic repertoire of German drinking songs was the UK-based oompah style band, the Bettesteiner Footstompers.