Commerative pictures of crew, airport and airline staff, and passengers alike were taken during the launch celebrations for Allegiant Air’s Honolulu link from Spokane, WA. 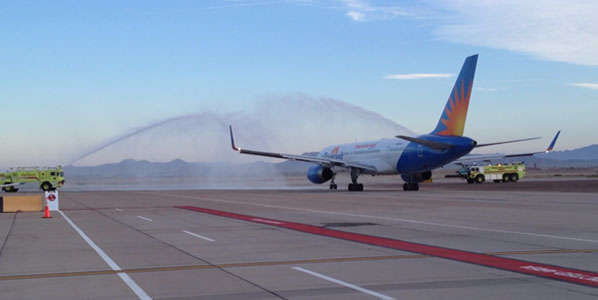