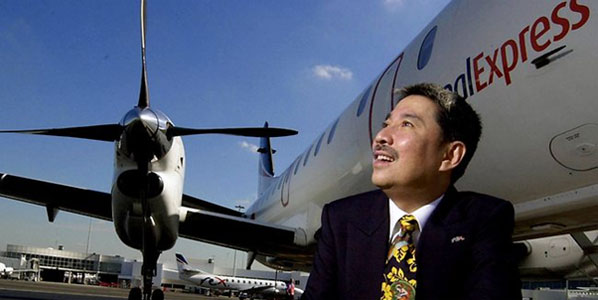 Led by Lim Kim Hai, Executive Chairman, Rex Regional Express managed a neat turnaround since its launch over ten years ago. The airline consistently scores top of the league, most recently as one of Australia’s most reliable carriers.

Australia’s largest independent regional airline, Rex Regional Express originally emerged from the ashes of Ansett Airlines following the merger decision of two regional carriers, Hazelton and Kendell. The carrier, which turned 10 last summer, operates a network of 46 routes, primarily in the south-east of Australia. Maurice Gahan, Rex Regional Express’ Sales Manager, comments on the last decade: “Our route network has expanded and over the past 10 years we have seen exceptional growth. At our peak we were carrying about 1.4 million passengers a year, but since the global financial crisis we have been carrying about 1.2 million a year.” 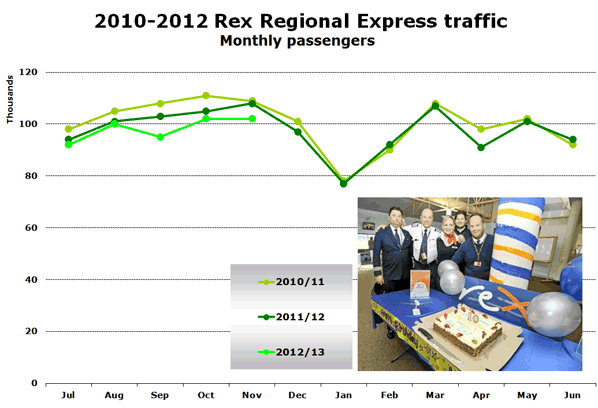 Examination of historic traffic figures for the years 2010-12 (the airline’s reporting year runs from July through to June) shows that while demand is fairly evenly spread throughout the year, there is a downward trend in passenger numbers. In 2010/11, Rex transported a total of 1.2 million passengers, but this number deteriorated by 2.5% the following year. In the five months of 2012/13, for which operating data is available, traffic was down by 3.5% compared to the same period a year before. Historically, traffic in January is lower by around a fifth than the year’s average, due to lower demand from business passengers, Rex’s main revenue source, in the peak of the Australian summer.

17% capacity outside of hubs

Rex Regional Express operates a fleet of 51 34-seater Saab 340s, which makes it the world’s largest operator of this aircraft type. The airline, which in February 2013 offers 5.6% less capacity than in the preceding year, offers over 1,100 flights a week providing slightly below 3% of Australia’s domestic capacity. Qantas (42% domestic capacity share), Virgin Australia (31%), Jetstar Airways (18%) and Tiger Airways Australia (4%) all command a larger share of the market, and in the past, their growth has limited Rex’s own ability to expand due to pilot scarcity. 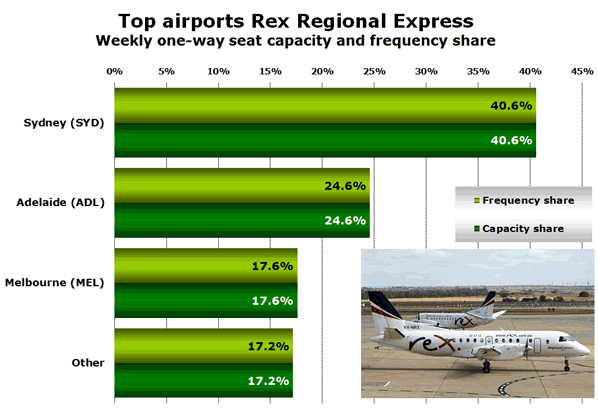 While the airline operates some niche routes in Queensland, it focuses on feeding traffic to large hub airports and urban centres in New South Wales and South Australia. This makes for a fairly aligned network, whereby 83% of the airline’s capacity involves just three cities – Sydney (40.6%), Adelaide (24.6%) and Melbourne (17.6%), but also exposes the carrier to significant competition from the four large Australian domestic carriers. In fact, in February 2013, Rex reduced capacity on routes to all three of its main airports (Sydney: -14.9%; Adelaide: -1.4%; Melbourne: -12.6%).

Mildura gets three routes since February 2012

Four new routes were launched last year however, of which three included Mildura in northern Victoria, which is now connected to Adelaide (6 weekly frequencies), Sydney (5), as well as to Broken Hill in western New South Wales (11). The only service to disappear from the carrier’s route map in the course of last year was the 400-kilometre routing from Melbourne to Griffith in New South Wales, which operated with six weekly frequencies. Overall, compared to the average capacity reduction of -9.6% for routes involving the three main airports, 27.9% growth was noted for the remaining services.