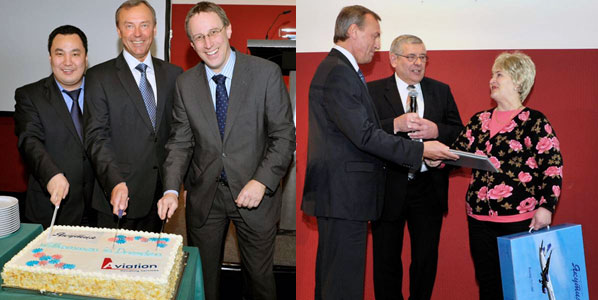 Thrice-weekly flights launched between Moscow Vnukovo and Dresden last November, along with the Krasnodar - Istanbul Atatürk route taken over from Kuban Airlines later in January, are currently Yakutia Airlines’ most frequent international services. However, after only three months of operation, Istanbul flights are likely to be dropped from the carrier's summer schedule.

Rich in diamonds, the eastern Siberian city of Yakutsk is home for Russian regional operator Yakutia Airlines, which turned 10 last year. Operating mainly in the domestic market, the airline has more than doubled in size in the past five years, showing a steep 29% annual average increase in passengers carried during the period of global economic recession in 2008-2010. The operator launched 11 new routes last year and handled 1.15 million passengers, 12.4% more than in 2011, which makes it the 13th largest Russian operator. However, the airline’s traffic growth has been slowing down in the last two years and, according to data published by the Russian Ministry of Transport, it is now below the 15.5 % average national growth rate in terms of passenger movements for 2012. 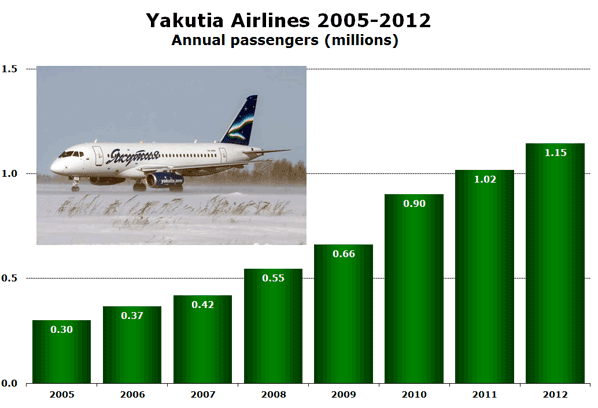 Comparing March 2013 data with the same period last year, a 60% increase in weekly seat capacity at Krasnodar Airport is the airline’s highest leap among its three main operational bases (Moscow Vnukovo and Yakutsk are the other two). Yakutia serves 16 destinations from the airport, which handled 2.6 million passengers in 2012, and the airline offers the widest network from this city located in the south-west of the country. The bankruptcy of Kuban Airlines in December 2012, which previously served six destinations from Krasnodar, left a void of more than 3,000 weekly seats, allowing Yakutia Airlines to enhance its presence at the airport. The airline was quick to take over routes to Yerevan, Tel Aviv and Istanbul in late December and early January. Surprisingly, none of these destinations are yet to appear in the airline’s summer schedule. Aeroflot and S7 Airlines, which together account for 36% of the airport’s weekly seats, provide a combined total 68 weekly frequencies to Moscow, respectively to Sheremetyevo and Domodedovo. These two carriers, along with a further five operators, contest the congested Moscow route with Yakutia Airlines’ eight weekly flights to Moscow Vnukovo, the airline’s busiest route in terms of frequencies. 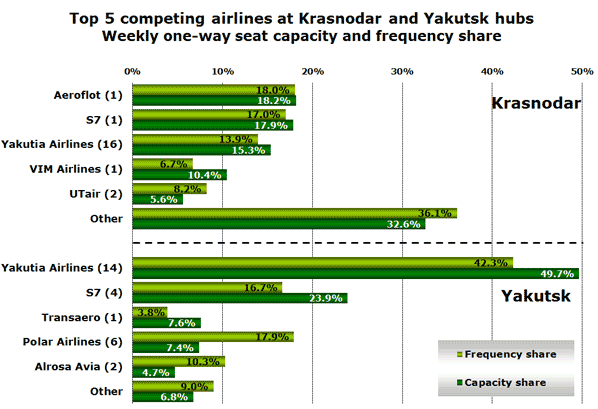 According to Innovata data for March 2013, the airline offers 4,328 weekly seats (11% more than in March 2012) on 14 routes from its Yakutsk hub, accounting nearly half of airport’s total weekly seat capacity. Yakutia Airlines competes on all routes (Moscow, Irkutsk, Novosibirsk and Beijing) provided by the nearest competitor and Russia’s fourth largest operator overall, S7. Polar Airlines, which mainly operates the 48-seater An-24, entered four of Yakutia Airlines’ markets in the last 12 months and in March 2013, it provides four times as much capacity as it did a year before.

Looking at Innovata’s March data for the last three years, the average weekly seat capacity at the airline’s Moscow Vnukovo hub grew by 43% in 2011, 29% in 2012, but this year decreases by 15%. Yakutia Airlines is a small player in the Moscow market, currently offering 10 destinations from the capital, including two international routes to Dresden and Verona. It accounts for 4% of total airport’s weekly seats and enjoys monopoly conditions on six routes to small cities in the Russian Far East. 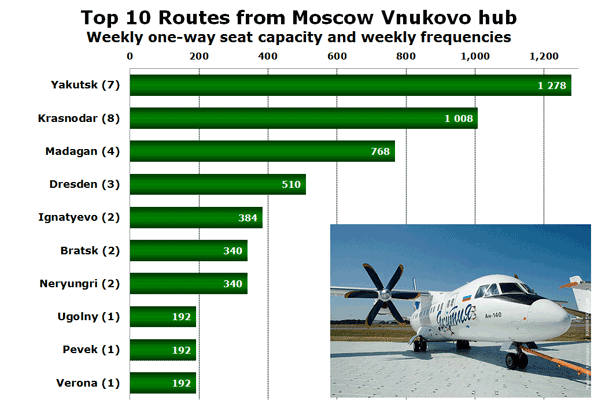 The airline currently operates a fleet of 30 aircraft. It recently added two Sukhoi 100-95s, becoming the second, after Aeroflot, SuperJet operator in Russia. At the end of January, the carrier further expanded its fleet, adding the first Dash 8 Q400s to be based in Russia, with a further two of the Canadian 78-seaters due to be delivered by the end of March. These aircraft are planned to replace its costly An-140s.