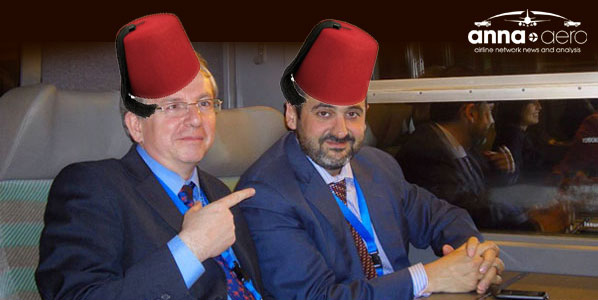 And, ‘just like that’, Vueling becomes Morocco’s fastest-growing airline with six new routes in 2013. anna.aero’s Chief Analyst, Ralph Anker (yes he’s back after his sabbatical with ASM) learns all about the new Barcelona-Fez route starting May 19, from Vueling CEO Alex Cruz (right).

Morocco, which has an ‘open-skies’ agreement with the EU, suffered its first fall in airport passenger numbers for a decade in 2012, with traffic down 3.6% to 15.1 million, as the political uncertainty and instability in neighbouring countries appears to have had an impact on the number of visiting tourists. 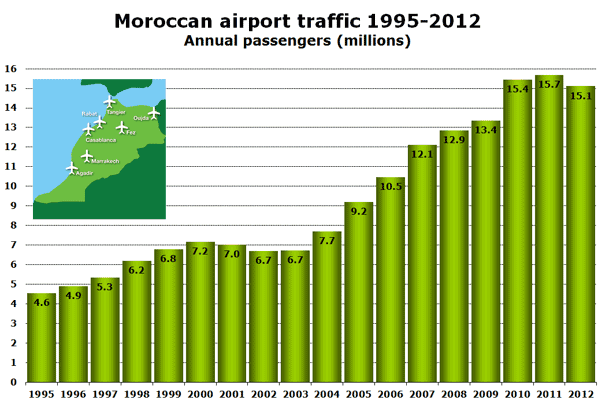 In 2012, monthly passenger numbers were down year-on-year in every month except in August, September and November. 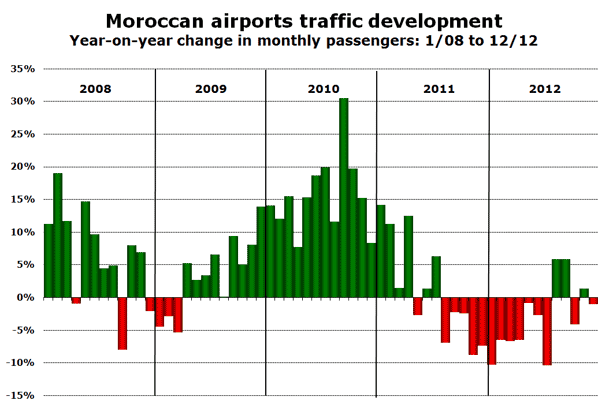 Among Morocco’s main airports, Nador was the only one to register a small increase in passenger numbers compared with 2011. Casablanca and Marrakech, which account for 70% of the country’s air passenger traffic, reported modest drops in demand of between 1% and 2%, while Fez (-17.4%) and Oujda (-11.9%) reported the biggest falls. Fez will benefit this summer from the opening of a one aircraft base by Ryanair with new routes to Lille, Nantes, Nimes and Saint Etienne beginning in late April. In addition, Vueling will be launching a Barcelona service from 19 May. Ryanair will also be starting a two aircraft base in Marrakech this summer. 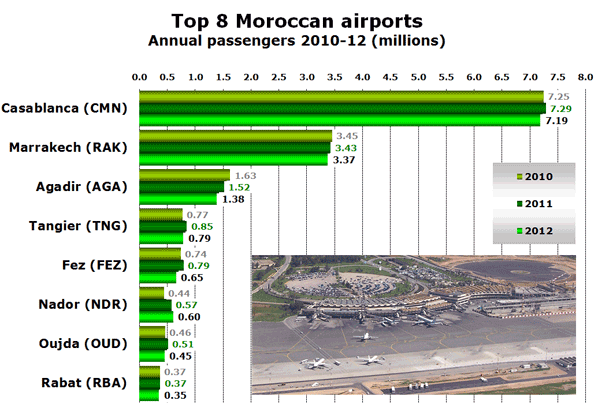 Despite the presence of numerous LCCs in the Moroccan market, Royal Air Maroc still accounts for just under half of all scheduled seat capacity this summer, the same as last summer, helped naturally by being the dominant domestic carrier. Ryanair’s market share has grown only slightly, although the OAG data does not yet appear to have captured all of Ryanair’s new Moroccan services starting in 2013. 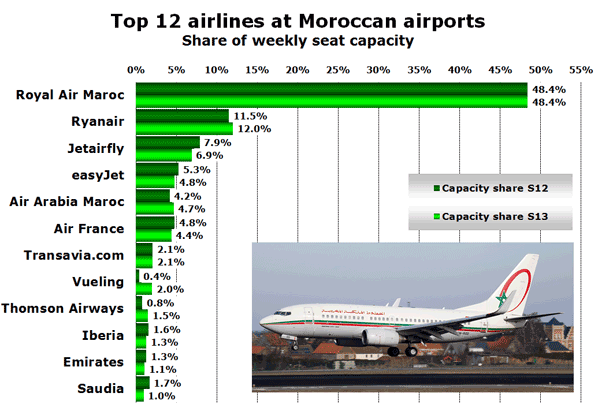 The airline growing its market share the fastest is Vueling. Last summer it operated just one route between Barcelona and Marrakech, but is adding six new routes this summer, four more from Barcelona and one each from Bilbao and Paris Orly. It will face head-to-head competition with at least two other carriers on four of these routes. Only the Bilbao – Marrakech route will be uncontested.