Premier of Victoria, Ted Baillieu (pictured third left) welcomed China’s Sichuan Airlines on its inaugural flight from Chengdu to Melbourne: “I am delighted Sichuan Airlines has chosen Melbourne for its first direct service to Australia, with Melbourne its second long haul international destination after Vancouver. Their presence is symbolic of the strengthening relationship between Sichuan Province and Victoria.” 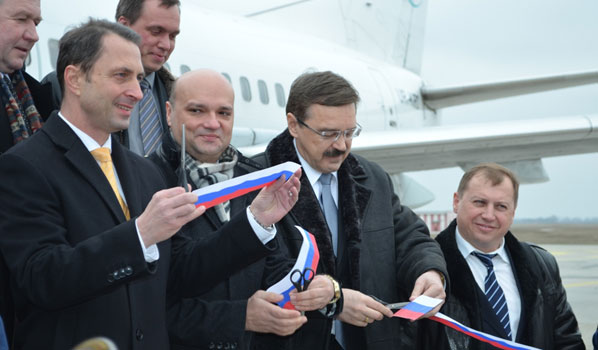 Celebrating the arrival of Air Onix in Bratislava were Ivan Trhlík, Bratislava Airport’s CEO; František Palko, Slovak State Secretary of the Ministry of Transport, Construction and Regional Development; and Pavol Hamžík, Ambassador of Slovakia in the Ukraine. 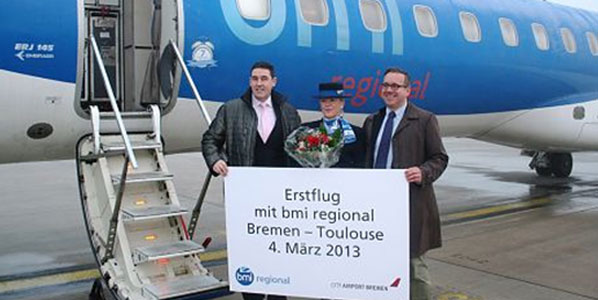 bmi regional’s maiden flight from Bremen to Toulouse was commemorated in pictures taken on the tarmac. The so-called “Airbus Shuttle” route, most recently served by OLT Express Germany, was also previously operated by Germania. 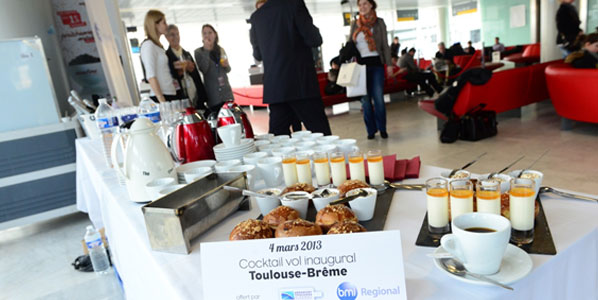