flydubai’s CCO, Hamad Obaidalla, headed the airline’s delegation to the newly inaugurated Hambantota Airport, where flydubai made a symbolic appearance during the airport launch ceremony. Sri Lanka’s second international gateway will be served by flydubai with thrice-weekly services starting on 21 May. In the meantime, the celebratory flight landed to a ceremonial water cannon salute before Obaidalla was met by senior aviation authority and other government officials of Sri Lanka. To celebrate this landmark infrastructure development on the island,  anna.aero honoured another Middle-Eastern LCC, Air Arabia, with the Route of the Week prize this week . 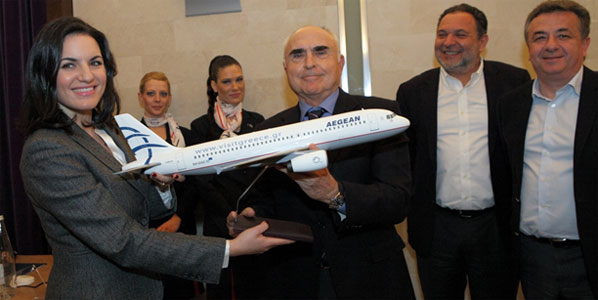 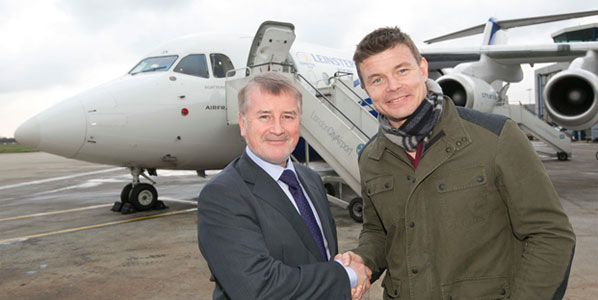 Declan Collier, London City Airport’s CEO, welcomed the Irish rugby star, Brian O’Driscoll, upon arrival at the airport earlier this week. O’Discroll and his VIP guest flew with CityJet from Dublin and were in in London for Mr O’Driscoll’s testimonial dinner in Mayfair. 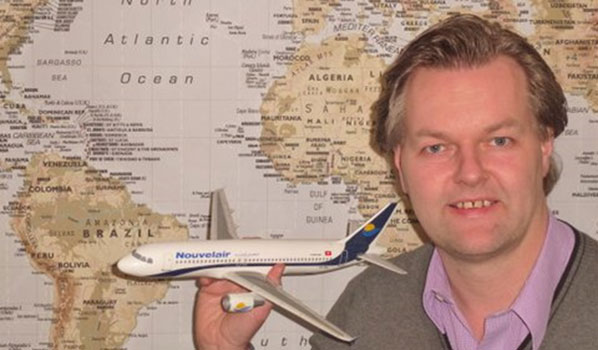 Announced during ITB in Berlin, Sven Carlson Aviation Consulting and Tunisian airline Nouvelair have signed a General Sales Agreement. “The principle goal is to build on the existing charter operations and to establish scheduled leisure routes from the UK and Ireland to Enfidha, supported by tour operators, and to offer an alternative choice to scheduled services into Tunis and the package holiday charters currently to Enfidha,” says Sven Carlson’s Managing Director Carl Denton.