» Visit it our Facebook page for all the pictures from the easyJet Moscow launch. Don’t forget to like us. 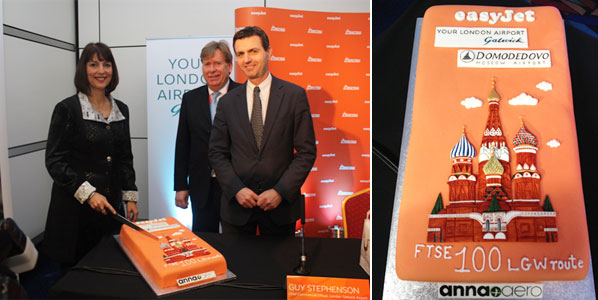 The cake cutting – easyJet CEO Carolyn McCall, Aviation Minister Simon Burns and Gatwick Airport CCO, Guy Stephenson. The St Basil’s Cathedral cake was baked and decorated by Stacey, wife of the anna.aero publisher. anna.aero analyses the full impact of this historical launch on the London to Moscow marker in a separate story. 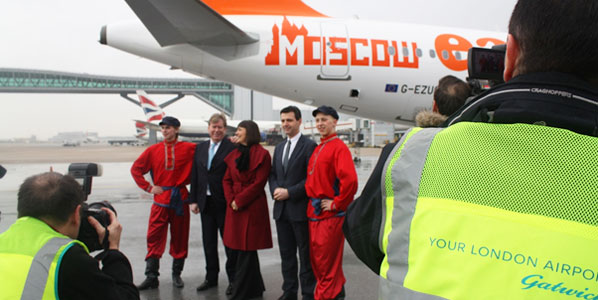 Photocall on the unmistakeable Gatwick ramp with some Cossaks – and over 100 members of the press. easyJet also entered the FTSE 100 on Monday, and the Moscow service was its 100th route from London Gatwick, resulting in intensive media interest. See also Carolyn McCall's 30 Second Interview with anna.aero. 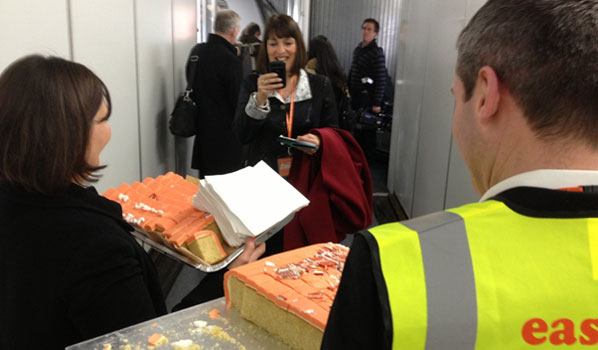 McCall gets a last picture of the cake before distribution to all passengers. 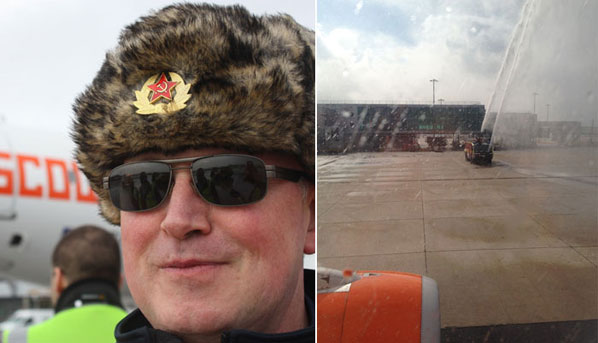 Gatwick groundcrew – nothing stereotyped at all about this headgear. Gatwick’s firefighters give the traditional salute. 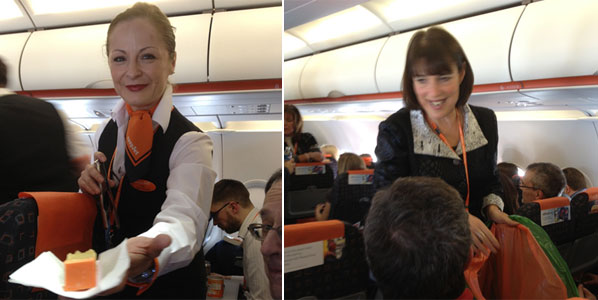 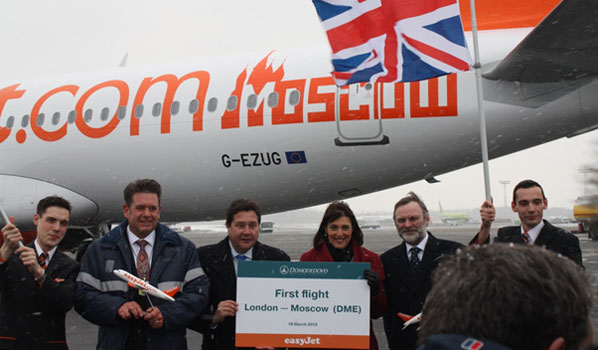 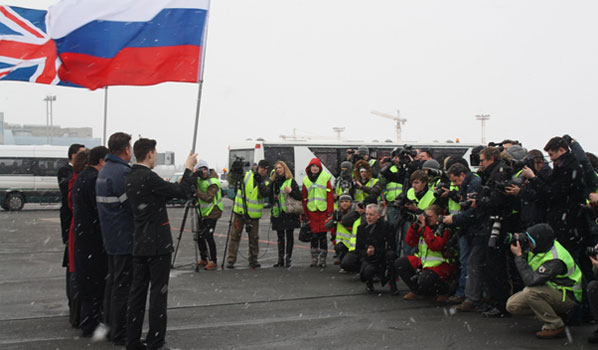 The UK press is joined by the Russian media. 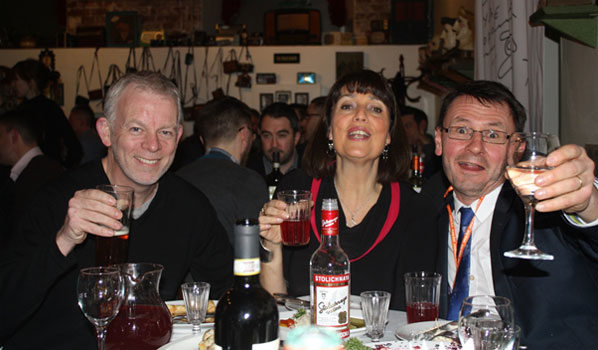 Moscow night (at the restaurant Petrovich): easyJet’s Communications Director, Paul Moore, easyJet CEO McCall and anna.aero publisher, Paul Hogan, raise a toast to a successful launch (Hogan, a non-drinker, seems to be turning into a fish for some reason). 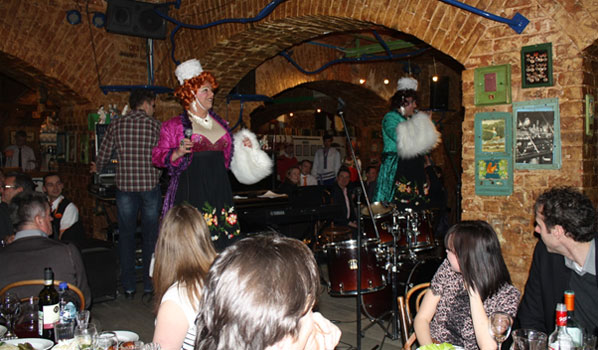 Low-cost entertainment: The winners of the misleadingly-titled “easyJet’s Got Talent” competition, “Pearl and Dean” (James Densley and Richard Western, cabin crew from Bristol). Their prize? To perform in Moscow in front of the “lucky” audience of invited guests. 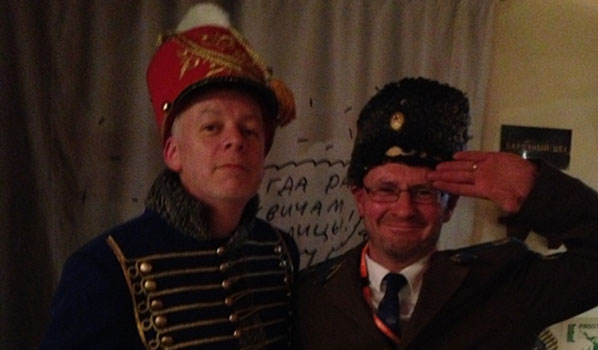 So as not to get recognised as tourists, Moore and Hogan cunningly disguise themselves as Muscovites. 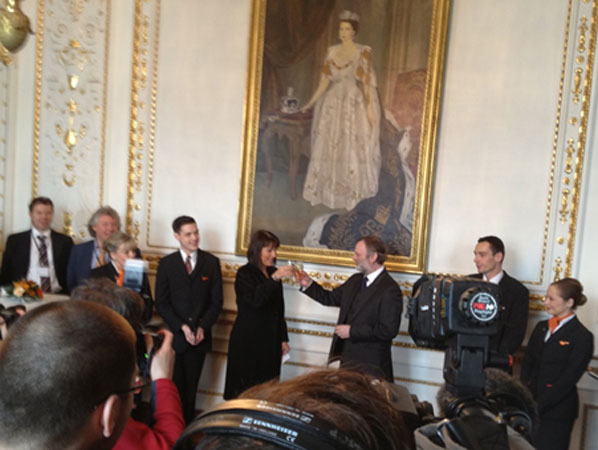 Lunch with the British Ambassador, Tim Barrow. McCall heavily praised the enthusiastic support received from the British Embassy in Moscow in assisting with the bilateral process and in laying on a special trade mission for invited business guests on the first flight. 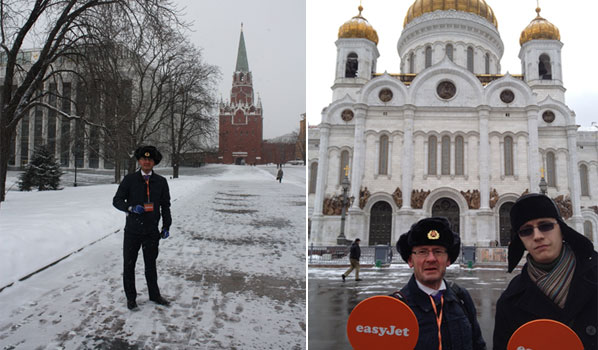 anna.aero’s Hogan does a quick bit of tourism to prove he went there. 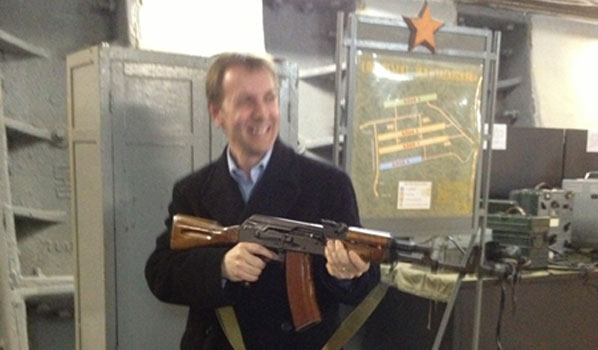 You can’t go to Moscow without being photographed shouldering one of these – on a visit to the Cold War “Bunker 42” 60 metres below the streets of Moscow, Alan McIntyre, head of network and scheduling, illustrates his natural ability to handle an AK-47. 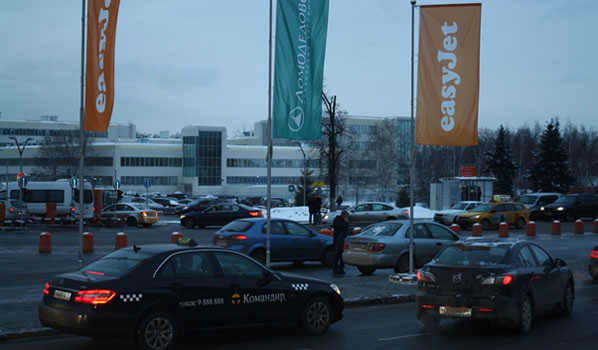 The orange flag of low-cost revolution fluttering over Moscow. 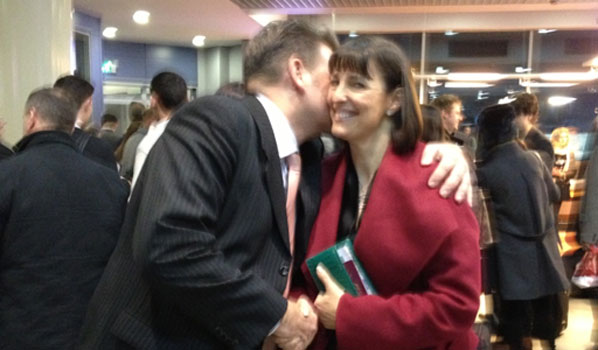 The departure: You’ll notice that we avoided the cliché “from Russia with love”. And we won’t use it here either as Moscow Domodedovo Airport’s Daniel Burkard comes to the gate for the launch of the Moscow-London sector.

anna.aero’s comprehensive coverage of this historic launch includes a full analysis of the London to Moscow market and an estimate of the route’s yield potential for the airline, topped up with an interview with airline’s CEO, Carolyn McCall, and, of course, the anna-aero-baked Cake of the Week!