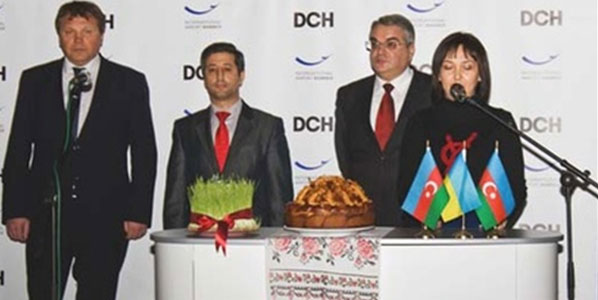 The Kharkov Regional Organisation of the Congress of Azerbaijanis of Ukraine, which supported the launch of UTair Ukraine’s services from Kharkov to Baku, also hosted the launch event. Among attendees were Andrey Mochenkov, the state administration Deputy Head of the Kharkov Region; Viktor Rud, Director of the Department of International Relations of Kharkov City Council; Pavel Prusak, Commercial Director of the Kharkov International Airport; Nazim Aliyev, Counsellor of the Embassy of Azerbaijan in Ukraine, and others.