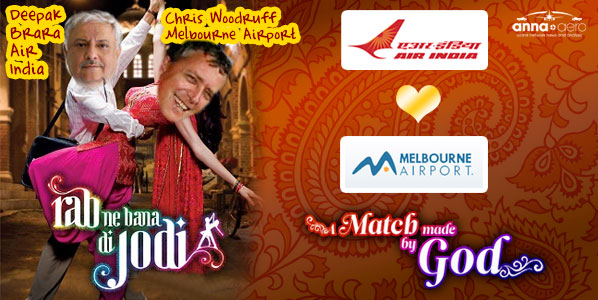 “We are looking to add new flights to a number of new markets. These include destinations in Australia, Italy, the US and a second stop in the UK,” revealed Deepak Brara, Air India’s Commercial Director, at the recent Routes Asia Conference in Mumbai. anna.aero investigates the potential route development suspects in terms of which will be the points most likely to be added to the Indian national airline’s network map.

Looking at Innovata data for April 2013, there are currently no direct flights between India and Australia, as a result (and bilateral agreements aside) Air India will have the pick of which route pair it wants to operate on. Realistically, any new route in India is most likely to start in either Delhi or Mumbai, with Sydney and Melbourne at the top of the route shopping list in Australia, given that both cities are at least two to three times the size of Perth, Adelaide and Brisbane in terms of population.

To help narrow those route choices down, Brara indicated at the Routes Asia event that the airline will continue to develop New Delhi’s Indira Gandhi International Airport as it primary international hub, so it is perhaps safe to assume that this will be the Indian focal point for this next phase of intercontinental services. He also gave a steer in terms of what types of destinations the airline was considering: “We have a huge home market so we can develop without having to worry about serving transfer traffic. As a result, we will not really focus on sixth freedom markets but simply serving strong O&D markets”. On that basis all four route choices have been selected based on strong demographic criteria with Indian diaspora being the key element. It would also seem to suggest that Air India is unlikely to use its plush new terminal facilities in Delhi to chase kangaroo route traffic routing from Europe to Australia.

According to the latest data from the Australian Bureau of Statistics, the Australian state of Victoria, which includes Melbourne, has a total population of around 5.6 million, with 2.1% reporting India as country of birth. This would suggest that there are approximately 120,000 people born in India living in the city – making it the prime target for Air India.

Despite there being no direct flights between India and Australia, there are no end of options for passengers to travel via an intermediary hub (both sectors operated on the same airline) between Delhi and Melbourne. There are nearly 125 weekly flights into the Victorian state capital, from the nine hub airlines offering at least a daily flights to and from Delhi, via their respective hubs, so any new direct Air India will steal traffic away from these incumbent airlines.

Just to confirm that Melbourne is the obvious choice for Air India in Australia, the airline has already announced the route once before! Former Air India Chairman Arvind Jadhav announced the plans for a Delhi-Melbourne service in June 2010, but nearly three years later there is still no flight. 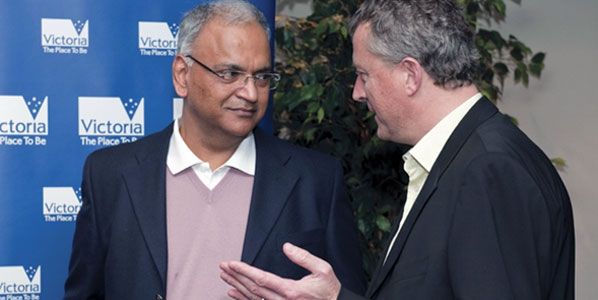 Maybe this time: Pictured in June 2010, former Air India Chairman, Arvind Jadhav, and Melbourne Airport MD and CEO, Chris Woodruff, inked a deal for Delhi-Melbourne flights to start nearly three years ago. While this goes to show that a new service at your airport has not started until the wheels hit the tarmac, anna.aero is hopeful that the operation will actually start this time around.

The only surprise when Brara suggested that Air India was going to start flights to Italy was why it has taken the airline so long to realise this. The Indian community in Italy is the second largest community of Indians in Europe, after the UK. As per Italian official population estimates, around 140,000 Indian nationals are resident in Italy – concentrated around Rome, Milan and Turin.

While China Airlines has been operating continually for the last three years, presently flying Rome Fiumicino via Delhi and onto Taipei twice-weekly (although it originally started thrice-weekly), it is the only carrier offering direct flights between India and Italy at this time. Over the last 10 years both Jet Airways and Alitalia have dabbled in the market, but neither has been able to maintain their service, as both carriers have had to wrestle with issues with their respective long-haul networks as part of bigger structural route rationalisations. In addition, historically there have been several second and third tier carriers which have periodically offered connections from airports like Milan Bergamo to points in India like Amritsar, which would seem to strengthen the case for Air India to start operations from Milan rather than Rome, where of course it will face direct competition from China Airlines. 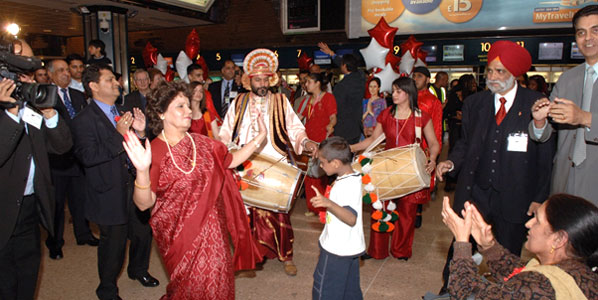 Air India has already launched services once before at Birmingham Airport, in May 2005, with flights routing from Amritsar, via the UK Midlands and onto Toronto. anna.aero thinks that Birmingham will again become the second point in the UK on the Air India network map.

Speaking from personal experience (the author is the former Business Development Manager of BHX) the return of Air India to Birmingham and not Manchester, as the second point in the UK, is a matter of unfinished business for the airline. Having started operations in May 2005, by October 2008 the airline moved its profitable (yes, the words ‘Air India’ and ‘profitable route’ do sometimes go together) Amritsar-Birmingham-Toronto to London Heathrow in order to maintain its profile of allocated slots at the London airport. These US$ multi-million valued slots needed to be filled, as Air India was using its then recently delivered 777-200LRs to operate direct services from India to the US, rather than a one-stop service through Heathrow, as it had done in the past with its 747-400s.

In the past, a plethora of airlines, including Mahan Air, Uzbekistan Airways, Air Slovakia and Slovak Airlines, have all connected Birmingham via their respective home base airports to Amritsar and/or Delhi, alongside long-term incumbent Turkmenistan Airlines. These services have arisen given the huge demand for a connection from the UK Midlands to the spiritual centre of the Sikh religion, and because of this, of the four destinations mooted by Brara, this is perhaps the most likely not to originate in Delhi, but in Amritsar instead.

The two most likely US routes for Air India would be Los Angeles – which it served via Frankfurt for over four years between June 2004 and September 2008; as well as Washington Dulles, which also saw flights in the past, but this time for less than six months between December 2009 and May 2010, originating in Delhi via New York JFK. After New York and Chicago, currently Air India’s only two US destinations, Washington and Los Angeles have the third and fourth largest Indian populations, with 130,000 and 120,000 respectively, according to the 2010 US Census. Outside bets as prospective new routes in the US market would be San Francisco (Indian population of 120,000), as well as Dallas/Fort Worth (100,000). However, anna.aero is going with Washington, given its significant Indian population size and the fact it was the US route served by the airline most recently.

So there we have it, anna.aero’s prediction for Air India’s new routes – Melbourne, Milan, Birmingham and Washington – four new services born, like most route development, out of analysis mainly, but also from harsh experience, gut feelings and because the chairman (former, now admittedly) has said ‘that’s where I have told people we are flying, now make it so’. Sound familiar anyone?