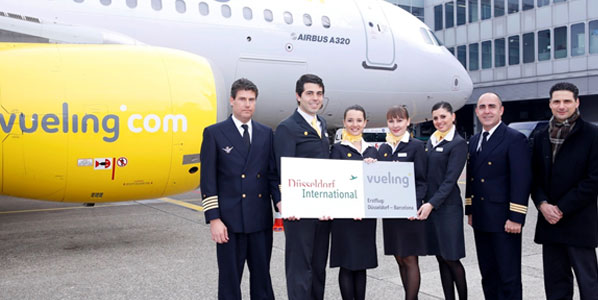 Commemorative goodie bags were handed over to the Vueling crew operating the inaugural flight to Dresden.