Not one but two cakes were served at Trondheim Airport to mark the addition of two weekly flights to London Gatwick by Norwegian. This summer, five weekly departures are available on the route. Riga Airport’s Chairman of the Board, Aldis Mūrnieks, assisted by the airport’s passenger service agents and Wizz Air crew, cut the celebratory cake for Wizz Air’s service to Bergen. 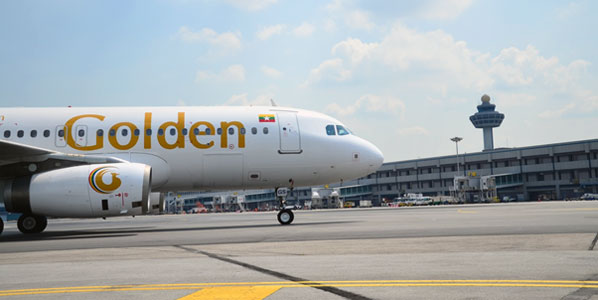 Golden Myanmar Airlines now operates daily services connecting Singapore via Yangon to Mandalay, the financial capital of Myanmar. Mandalay is a new city link for Changi Airport and brings to 47 the number of cities in Southeast Asia that Changi is connected to. 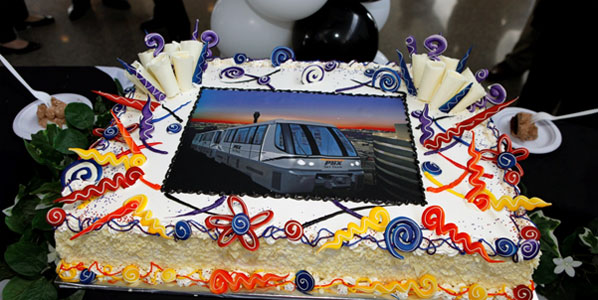 PHX Sky Train was officially launched last week, connecting Phoenix Airport’s Terminal 4 with the regional light rail system, and celebrated with this futurist cake. By 2015, PHX Sky Train will serve all three terminals at Phoenix Sky Harbor Airport. The Phoenix City Council and Phoenix Mayor, Greg Stanton, who took the first official ride after a ribbon-cutting event, said: “The PHX Sky Train’s connection to light rail paves the way for convenient, multi-modal transportation to and from the Airport and is a true point of pride for our city.” 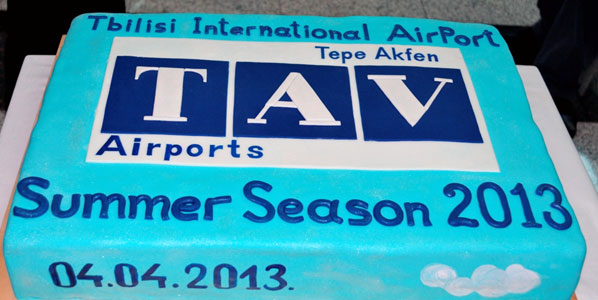 Tbilisi Airport celebrated the arrival of the summer season 2013 with this huge, sky-blue cake. Among new routes from the airport is FlyGeorgia’s service to Kiev Zhulyany, which commenced on 7 April 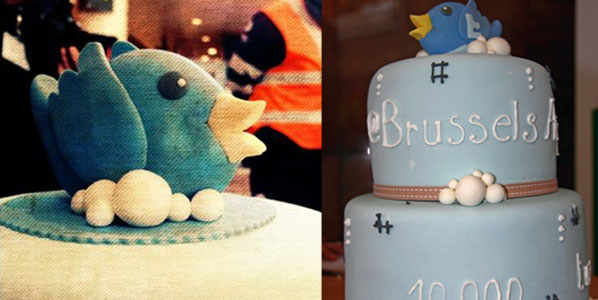 Brussels Airport celebrated a major social media landmark two weeks ago, as it welcomed the 10,000th Twitter follower. A special cake was served in the terminal to honour that moment.